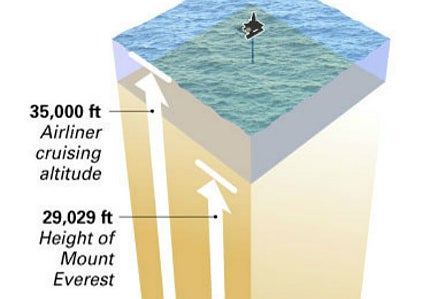 The pressure is on the global offshore industry, literally and figuratively, as it enters ultra-deep water environments in search of the planet’s remaining oil and natural Gas reserves.

As recently as five years ago, recovering hydrocarbons efficiently and safely at depths in excess of 10,000ft and at pressures up to 5,000psi was widely seen as logistically and economically unviable.

For students enrolled this semester on the University of Houston’s (UH) Masters Degree course in subsea engineering, the first of its kind in the US, extreme environments such as these – the final frontier of oil and natural gas exploration – will be the norm for the majority of their careers.

"The number one skill set that the subsea engineer needs is flow assurance."

"Ultra-deep technology today is a magnitude different compared with five years ago – we simply could not do what we are doing now without that growth," states founding director Matthew Franchek. "Demand for oil in the US and abroad is growing and ultra-deep water operations are now economically feasible, driving the demand for subsea engineers.

"Following strategic discussions with oil and gas companies as part of a local outreach programme, we learned there was a huge skills vacuum in the ultra-deep water environment – the industry needed 10,000 engineers. There was a lack of consensus about what a subsea engineer was in terms of formal training, so we started to put the curriculum in place at UH’s Cullen College of Engineering.

"Our first flow assurance course began in January 2011; before you know it, we had a ten-course curriculum and something like 200 students enrolled. It’s a game-changer," he adds.

Central to both Cullen College’s subsea engineering certificate programme and its Masters Degree curriculum is the study of flow assurance, a term coined by the Brazilian multinational Petrobras to describe the successful flow of the hydrocarbon stream from the reservoir to the point of sale.

Otherwise known as multiphase transport, this relatively new field of expertise encompasses multiple engineering disciplines and is a critical facet of upstream operations in low-temperature, high-pressure environments where disruptions to production can be exorbitantly expensive.

"The number one skill set that the subsea engineer needs is flow assurance," Franchek tells me from the Cullen College campus in south-east Houston. "It doesn’t matter where you are in the world – 10,000ft deep in the Gulf of Mexico or at the bottom of the Arctic Ocean – when you’re on the sea floor, it’s the same temperature; just 4°C.

"The pressures are very different at that depth and the modern subsea engineer has to understand the multitude of factors that influence the flow over the lifetime of the subsea production system. It’s the number one course driver."

Flow assurance also involves monitoring and understanding the behaviour of solid deposits such as gas hydrates, asphaltenes and naphthenates inside oil and gas pipelines, the conditions under which they form and how they interact with one another to cause blockages that threaten asset integrity.

"Oil, gas, water and sand are all coming through the pipeline," explains Franchek. "A build-up of hydrates can result in an instantaneous ice plug and in 10,000ft of water at just 4°C, that’s not going to thaw out. The other course areas that complement flow assurance cover materials and corrosion, pipeline and riser design, subsea processing, artificial lift – you’re at 10,000ft, you got to get the raw product to the surface – and then control and systems integration."

Combining academic traditions with practical engineering best-practices from leading offshore professionals, Cullen College’s postgraduate course is funded by the students, 70% of whom are already working full-time in the oil and gas industry.

"The postgraduate course is funded by the students, 70% of whom are already working full-time in the oil and gas industry."

"One of the biggest attributes of the subsea programme – other than learning from the people who invented this discipline and networking with your contemporaries – is that it is a current-events type of curriculum," says Franchek. "We spend about 20% of the course on classical engineering theory, while 50% is spent translating that into engineering best practices and 30% on a practical case study.

"This case study takes the form of a real-world project that we already know the answers to, and is judged by external industry experts. It is reverse education, in a way: here’s the project, this is the knowledge base that drives it, now how do we solve it?"

The postgraduate course also aims to educate a new generation of subsea engineering professionals adept at working under increased scrutiny from lawmakers.

"Whatever the American Petroleum Institute (API) regulation are, we’re pulling that information into the course and showing students how to design subsea systems within these guidelines," notes Franchek. "It’s a relevant education."

Not content with pioneering the first academic programme in subsea engineering in the US, Cullen College is throwing its weight behind the Global Subsea University Alliance.

"We spend about 20% of the course on classical engineering theory, while 50% is spent translating that into engineering best practices."

"At the University of Houston we feel that we have an answer – which we will present at the next OTC event in 2014 – but we need to confirm that by working with other institutions such as the Federal University of Rio de Janeiro in Brazil and the National University of Singapore."

"Ultimately, the Global Subsea Alliance is about curriculum sharing. All of our customers are international and may be transferred, so if a student took a course at Aberdeen University, then the University of Houston would automatically accept that course content," he adds.

Following a forensic examination of the world’s top subsea engineering courses, alliance members will establish a core global curriculum, and form committees to establish standards for specialties such as flow assurance, subsea processing and system design and control.

"The core curriculum will fall under the umbrella of analysis-led design," says Franchek. "We will use existing knowledge base, but also focus on prototyping and modelling in order to predict what happens subsea, and perform simulations, performance prediction and reliability calculations."

With the great crew change dominating offshore industry discourse for years, I conclude by asking Franchek why it has taken the US in general, and Cullen College in particular, until now to offer a subsea engineering programme on a par with, say, Cranfield University in the UK.

"We weren’t 100% sure that it was possible to go into ultra-deep water, but now it is economically feasible and the technology is in place," he says. "Fracking has challenged some of the profitability of ultra-deep water oil and gas, but with fracking you get more natural gas than oil, so the demand for oil in the US and abroad is still growing."

This skills shortage has inevitably led to increased demand for a new generation of subsea professionals well versed in the challenges of ultra-deep water environments – a gap in the employment market that Cullen College is uniquely positioned to fill.

"My oldest student is in the order of 60 years old, and the course is going live online this semester in order to reach offshore and onshore personnel," says Franchek. "In a way we are transcending the great crew change as it happens, maintaining the culture of the oil and gas industry."

Easing the transition – from the battleground to the energy industry

Can mass redundancies in the UK armed forces help plug a critical skills shortage in the oil and gas industry?