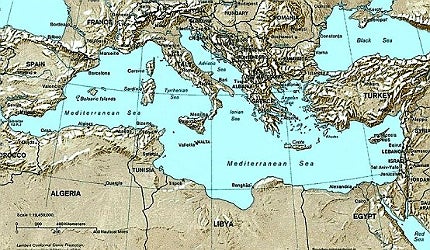 The Palestinian Authority (PA) recently announced it has conducted negotiations with Israel regarding the development of the Gaza Marine gas field – an area in the east Mediterranean Sea, which the two nations have been arguing about for a decade.

The renewed negotiations were announced in a report prepared for donors to the PA in New York on 23 September. It stated the two nations talked about developing the gas field and that Israel is prepared to engage in a ‘meaningful discussion’ with Palestine over the development.

The Gaza Marine gas dispute started in 1999 after then-Prime Minister Ehud Barak allowed exploration of the area without informing Israel. In 1999 the PA granted British Gas and the Consolidated Contractors Company with exploration rights. However, Israel contested this and development has mostly been on hold ever since.

Now Palestine hopes the development of the gas field could significantly contribute to its financial independence.

No more information was given regarding the outcome of the talks and it remains to be seen if the two countries, who have been fighting over the same land for 45 years, can reach an agreement.

The development is further complicated by confusion over leadership in Palestine. Israel, for a start, refuses to negotiate with Hamas, who currently occupy the Gaza Strip. Despite Hamas ruling the area, the Palestinian Authority – whose authority extends to the West Bank alone – along with peace adviser Tony Blair who initiated the talks, hope to have control of the marine area and levy its own fees and taxes.

Meanwhile Israel continues to aggressively pursue oil exploration in the eastern Mediterranean Sea area, which is regularly subjected to maritime border disputes between neighbouring countries Lebanon, Cyprus, Turkey and Palestine. As the outcome of the PA-Israeli talks unfolds, Offshore-technology.com takes a look at the eastern Mediterranean Sea and what projects already reside there.

The Tamar field is a natural gas discovery made by Noble Energy in January 2009 and is the company’s largest find to date. Noble Energy owns 36% in Tamar and is the operator of the field. Isramco Negev 2 owns 28.75%, while two of Delek Group’s subsidiaries – Delek Drilling and Avner Oil Exploration – own 15.625% each.

The remaining four percent stake is held by Dor Gas Exploration. According to estimates, the field has reserves of 8.4 trillion cubic feet (tcf) of gas.

The Tamar field is located in the Levantine basin of the eastern Mediterranean Sea. The prospect falls under the Matan licence, which Noble Energy has operated since July 2006.The Matan deepwater block covers 318 square kilometres while the Tamar structure is spread over 250 square kilometres. The first appraisal well that discovered Tamar’s natural gas reservoirs is 90km west of the port of Haifa on the Israeli coast.

Leviathan natural gas field, located in the eastern Mediterranean Sea area, off the coast of Israel, was discovered in December 2010 and is Israel’s biggest find to date. The discovery is situated in 1,645m of water in the Levantine basin, located approximately 130km west of Haifa, Israel, and holds about 30 trillion cubic feet of gas.

At the time of discovery, the Leviathan gas field was the most prominent field ever found in the sub-explored area of the Levantine basin, which covers about 83,000 square kilometres of the eastern Mediterranean region. Lebanon did claim part of the gas field fell within its maritime borders, but this claim was dismissed when they presented their case to United Nations who decided it did not.

The Sequoia subsea development is located 130km north-east of Alexandria in the Mediterranean Sea and lies in water depths ranging from 70m to 570m, across the boundary of the West Delta Deep Marine (WDDM) and Rosetta concessions, which were awarded in 1995.

The $1bn project’s main reservoirs in the WDDM are Plio-Pleistocene and Pliocene sands, which extend north-east to offshore Gaza and offshore Israel, and are said to contain 7.8Tcf of recoverable gas.

Rosetta’s unconsolidated sand beds are reported to have proven reserves of 2Tcf.

The Scarab and Saffron gas fields represent the first deepwater development to be undertaken in the eastern Mediterranean Sea area. They lie in the West Delta Deep Marine concession and are the largest gas field development in Egypt. The field is owned by the Burullus Gas Company consortium.

In June 1998, two successful wells were completed in separate accumulations. The first well, Scarab-1, tested in excess of 30mmscfd. Saffron-1, the second well, tested in excess of 90mmscfd – one of the highest gas-flow rates ever recorded in Egypt. Two appraisal wells, Scarab-2 and Saffron-2, were drilled in June / July 1998 and March 1999, respectively.

The West El Burullus concession is a natural gas deposit located in the Nile Delta, Mediterranean Sea, offshore of Egypt.

Gaz de France, the operating company, obtained an exploration and production licence for the concession from EGAS, national company of Egypt and the Egyptian Government in 2005.

The licence covers an area of 1,364 square kilometres and the water depth is no more than 200m. The area is located close to the Rosetta and West Delta Deep Marine fields.

It lies in water depths ranging from 50m in the north-west, to 600m in the south-east. The production sharing agreement (PSA) area covers approximately 860 square kilometres.

BP, with a share of 25.5% in the project, is the operator. The other PSA partners are StatoilHydro with 25.5%, Socar, LUKOil, TOTAL and NICO with ten percent each, and TPAO with nine percent.

The Azeri-Chirag-Gunashli (ACG) field lies 120km off the coast of Azerbaijan in 120m of water and contains 5.4 billion barrels of recoverable oil.

The overall investment reached $20bn, which includes the amount spent on the BTC export pipeline.