Fossil fuels are the world’s most abundant and widely used energy sources. Despite the increased production and use of environmentally friendly renewable sources, fossil fuels continue to be critical to meet the world’s energy needs.

Offshore Technology lists some of the must-know facts about the production and consumption of fossil fuels. 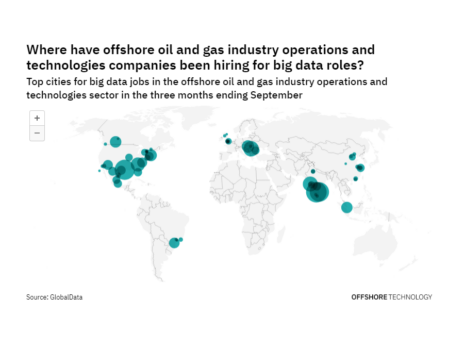 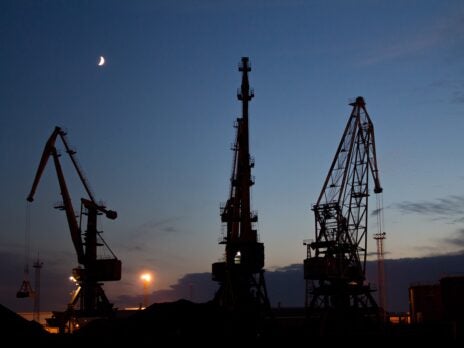 A new hub for CCS: the UK’s abandoned oil wells

The US was the biggest oil-producing country in 2019, with total crude oil and condensate production of 12.23Mbd, followed by Russia (11.3Mbd) and Saudi Arabia (10.1Mbd).

Advanced technologies used in the extraction of fossil fuels, including horizontal drilling and fracking, that are facilitating the cost-efficient recovery of oil and gas resources have contributed to the growing US output in recent years.

China, the world’s biggest coal producer, extracted 3.69 billion tonnes of coal in 2019, followed by India, the US, Indonesia, and Australia

The world’s leading crude oil producer, Saudi Aramco produced 9.9 million metric barrels per day (Mmbpd) of crude oil in 2019, a 3.8% decline over 2018. It produced 9.2Mmbpd of crude during the first nine months of 2020. Saudi Aramco is also one of the ten biggest oil and gas companies in the world.

Rosneft is the second-biggest oil producer in the world, with a crude oil production rate of 4.67Mmbpd in 2019. The company’s annual liquids production stood at 230.25 million metric tonnes (Mmt).

Kuwait Petroleum Corporation, the national oil company of Kuwait, produced 2.67Mmbpd of crude oil in 2019. It implemented a $2.3bn cut in spending in 2020 due to oil price slump and weakened demand due to the Covid-19 pandemic.

EQT, a natural gas company based in the US, recorded 40.63bcm of natural gas production in 2019. Its operations are focused in the Marcellus and Utica shales of the Appalachian Basin.

Coal India is the single largest coal producer in the world. The Indian state-owned coal mining behemoth produced 602.14Mt of coal in 2019 and aims to reach the one billion production mark by 2024.

The largest state-owned coal mining enterprise in Mainland China, China Shenhua Energy produced 4.7% lesser coal in 2019, at 283Mt, and sold 447Mt. of coal. It is involved in the mining and production of coal as well as electricity generation.

Approximately 84% of the world’s energy consumption needs are met from fossil fuels, with oil accounting for 33.05% of the consumption in 2019 and natural gas and coal accounting for 24.2% and 27.3% respectively, according to BP Statistical Review of World Energy 2020.

Japan was the world’s biggest liquefied natural gas (LNG) importer in 2019. The global demand for coal fell by 0.6% to 157.85 exajoules. The European Union recorded an 18.83% slump in coal consumption during the period.

Three of the five biggest oil-consuming nations are in Asia Pacific, while the US remains the world’s biggest consumer of oil.

Natural gas demand in the US, the largest gas consumer, increased by 27bcm or 3.3% year-on-year to 846.6bcm in 2019, driven by increased gas usage by the electric power and industrial sectors.

Russia is the second biggest natural gas user with consumption of 444.3bcm.

China, the world’s third-biggest natural gas consumer, witnessed an 8.6% rise in gas usage from 283bcm to 307.3bcm. It accounted for 7.8% of the world’s gas consumption.

China continues to lead in coal consumption with 2,866 million tonnes of coal-equivalent (Mtce) consumed in 2019, which accounts for 53% of the world’s total consumption.

India occupied second place with 585Mtce, followed by the US, which consumed 397Mtce.

Oil, coal, and natural gas together accounted for 62.75% of the total electricity generated worldwide in 2019.

Coal’s share of the global electric power output was the highest at 36.37%, making it the most used fossil fuel for power generation, followed by natural gas (23.32%) and oil (3.05%). Power producers are, however, replacing coal with natural gas in order to reduce carbon emissions.

The use of natural gas for global electricity generation in 2019 increased by 3.5%, while that of coal fell by 2.6%. The demand for natural gas, a cleaner alternative to coal for electric power production, is projected to increase by 35% by 2040, according to ExxonMobil.

Fossil fuels are a major source of global warming, which is responsible for the destruction of animal habitats. Credit: Andreas Weith.

Countries worldwide are on course to produce approximately 50% more fossil fuels by 2030 while limiting the global warming to not more than 2°C, according to a United Nations (UN) report released in December 2020.

The report estimates that the world is at risk of failing to meet climate goals set under the Paris Agreement if current production plans are implemented. Oil companies are expected to invest approximately $4.9tn over the next ten years to extract oil and gas from existing fields and new field developments, according to a report by watchdog group Global Witness.