Shearwater is a producing conventional gas field located in shallow water in the UK and is operated by Shell U.K. The field is located in block 22/30b AREA B – REST OF BLOCK, with water depth of 310 feet.

An expansion project is associated with the Shearwater, namely Shearwater Expansion. This project is currently in the construction stage. 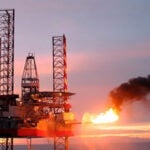 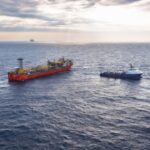 Production from ShearwaterThe Shearwater conventional gas field recovered 81.47% of its total recoverable reserves, with peak production in 2004. The peak production was approximately 59.44 thousand bpd of crude oil and condensate and 311 Mmcfd of natural gas. Based on economic assumptions, production will continue until the field reaches its economic limit in 2034. The field currently accounts for approximately 1% of the country’s daily output.

MethodologyInformation on the field is sourced from GlobalData’s fields database that provides detailed information on all producing, announced and planned oil and gas fields globally. Not all companies mentioned in the article may be currently existing due to their merger or acquisition or business closure.