Located in a water depth of 500m, the field was discovered following the drilling of the exploration well Cuica 1 in March this year.

The Cuica Field is producing through the Armada Olombendo floating production storage and offloading (FPSO) vessel, which has a production capacity of 100,000 barrels of oil per day.

Eni said that the development of the Cuica field would increase and sustain the production plateau of the Olombendo FPSO. 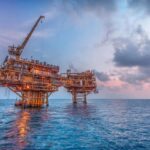 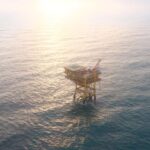 The development includes a producer well and a water injection well, which are to be tied back subsea to the existing Cabaça North subsea production system.

Eni stated: “The start-up of production on the Cuica Field in Angola, just four months from the discovery, is yet another example of Eni’s Angolan and worldwide extraordinary exploration success, that, driven by the principle of Infrastructure Led Exploration (ILX) and combined with the application of an enhanced modular and streamlined development philosophy, is allowing Eni to translate exploration successes into production in the most efficient and effective way.”

The Armada Olombendo FPSO also receives and treats the production of Cabaça, Cabaça South East and UM8 fields. These include a total of 12 wells and five manifolds.

In the fourth quarter of this year, the FPSO is scheduled to receive production from the Cabaça North field.

Earlier this year, Eni and oil major BP have initiated talks to combine their oil, gas, and LNG assets in Angola.