Chemical giant Dow has agreed to acquire a minority stake in the Hanseatic Energy Hub (HEH), a consortium constructing a liquefied natural gas (LNG) import terminal in Germany, amid efforts by Europe to reduce its reliance on Russian energy supplies.

The stake acquisition in HEH follows the Biden Administration’s decision to supply 15 billion cubic metres (bcm) of LNG this year to the European Union after Russia attacked Ukraine.

Dow expects the deal to allow the US to meet nearly 25% of its goal to export 50bcm of natural gas annually to Europe by 2030. 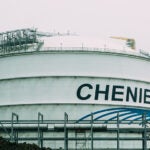 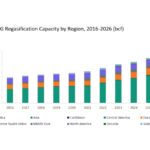 Expected to have a regasification capacity of 13.3bcm of natural gas per year, the import terminal would account for up to 15% of Germany’s current natural gas demand.

Planned to be commissioned by 2026, the import terminal is subject to a final investment decision, which is expected by 2023.

“For Dow, this allows us to make a significant contribution to transforming the energy supply in Germany in support of its 2045 climate targets while increasing the competitiveness of Stade, a site important for serving Dow customers throughout Europe.”

Dow said it will contribute land for the construction of the proposed import terminal, as well as infrastructure services.

The new terminal would help Germany in diversifying its demand for imported, affordable energy while contributing to a secure and sustainable energy supply.

“The liquefied natural gas terminal is being designed from the outset so that it can expand capacity for LNG and potentially accept other liquefied gases in the future. This supports Germany’s federal target of achieving net-zero emissions by 2045 while enhancing the competitiveness of Stade as an industrial location.”