Alligin and Vorlich fields are two offshore oilfields in the North Sea, UK, that are being developed as satellite fields by BP and its partners.

The Alligin field is located in the Greater Schiehallion Area, 140km west of Shetland, and contains approximately 20 million barrels of recoverable oil.

The Alligin field came on stream in February 2020 while the Vorlich field lies 241km to the east of Aberdeen and holds approximately 30 million barrels of recoverable oil.

A total of £230m ($320.7m) was invested by BP and partner Ithaca Energy for the development of the field. The Vorlich field began production in November 2020.

The Alligin field lies in the Foinaven sub-basin and was originally discovered during drilling operations conducted between 1993 and 1994.

Hydrocarbons were found to be located within the Upper Palaeocene Vaila sequence of the discovery.

The Vorlich field was discovered and appraised in 2014 and contains hydrocarbons in the Palaeocene sandstone reservoir in Block 30/1c.

A side track into Block 30/1f leads to the discovery of the field’s western extension.

The majority (80%-90%) of the Vorlich discovery is situated within the P363 licence while the remaining area lies in the P1588 licence.

The plan to develop the Alligin and Vorlich satellite fields was devised due to the fact that the fields lie close to an existing, established infrastructure network, which will allow for the quick development of both sites.

The Vorlich oilfield is also developed through two wells with peak production expected to reach 20,000 barrels of oil equivalent gross a day.

Both wells are tied-back to the FPF-1 floating production facility, which lies at the centre of the Greater Stella production area.

BP submitted an environmental statement for the Vorlich oilfield development to the UK’s Department for Business, Energy and Industrial Strategy (BEIS) in March 2018. The company received approval from the Oil and Gas Authority (OGA) to develop the Vorlich field in September 2018, followed by the Alligin field in October 2018.

The fields are expected to produce a combined total of 30,000boe/d during peak production.

The vessel’s production capacities are 320,000 barrels per day (bpd) of liquid and 220 million standard cubic feet per day (Mscfd) of gas.

The FPSO can store up to one million barrels of crude oil at a time.

It is operated by Ithaca Energy and has a processing capacity of 38,000bopd and 85Mscfd of gas.

Subsea 7 was contracted by BP to develop the Alligin field.

The company provided project management, engineering, procurement and construction services for the subsea pipelines as part of the arrangement.

Work for the subsea system was carried out at Subsea 7’s Aberdeen base.

WorleyParsons was awarded a front-end engineering design (FEED) contract for a subsea tieback from the Vorlich field to FPF-1, in March 2018.

The development of the Alligin and Vorlich oilfields adds new production to the existing North Sea hydrocarbons production hub.

It also allows BP to simplify and accelerate the stages of delivery to improve the project cycle time and reduce operating costs.

Sypack
Sypack's aim is to provide its customers in the offshore... 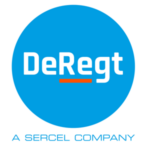