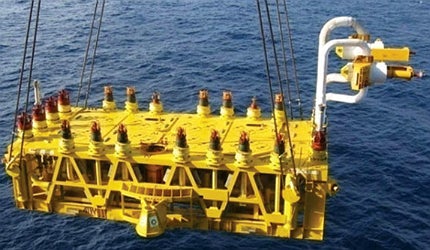 The field is operated by Canadian Natural Resources (CNR), which holds 57.61% interest in the project. Svenska Petroleum Exploration holds 27.39% and the national oil company, Petroci Holding, holds the remaining 15% interest in the development.

The Baobab field is located south of the Espoir field, which is also operated by CNR. Production at Baobab was commenced in August 2005. In 2011, the field produced 7.2 million barrels of oil at an average daily production rate of 19,700 barrels per day (bpd).

The field partners are currently carrying out the phase III drilling campaign, aimed at adding new production wells to the field. Drilling is expected to start in 2014 with production starting in 2015.

“The field is operated by Canadian Natural Resources (CNR), which holds 57.61% interest in the project.”

Baobab is part of the Côte d’Ivoire sedimentary basin of the Lower Cretaceous age. The basin was formed after the breakup of continents and spreading of the South Atlantic Ocean. It includes various sequences, such as Albian, Cenomanian, Senonian and Maastricht Ian. Baobab extends across a deep canyon in the basin.

CNR commenced the development of the Baobab oil field in 2003. The field is produced through eight production wells and three water injection wells located in 1,219m (4,000ft) of water. Transocean Richardson deepwater drilling rig was used to drill the wells.

The wells are tied back to four subsea manifolds. Flowlines from the manifolds connect the wells to the Baobab Ivoirien MV10 floating, production, storage and offloading (FPSO) vessel.

Produced oil is transported onshore from the FPSO through shuttle tankers. Natural gas produced is used for power generation onboard the FPSO. Excess gas is sent to the Espoir Invoirien FPSO for transportation onshore through a pipeline.

The programme will enable full utilisation of the existing field infrastructure. Five production wells and one water injection well are expected to be drilled during this phase. The drilling programme is also expected to provide additional information regarding future drilling campaigns at the field.

MODEC was awarded the contract to design, construct and commission the Baobab FPSO. The FPSO was installed at the field in August 2005 in 970m (3,182.4ft) of water. It is one of the deepest FPSOs in the world.

The FPSO has a processing capacity of 70,000bpd of oil and 75 million cubic feet of natural gas. It is also capable of injecting 100,000bpd of water and has a storage capacity of two million barrels. The FPSO has been designed to enable expansion of topsides capacity.

MODEC is responsible for operating the FPSO for a period of ten years, with ten one year extension options.

Subsea system for the development

In January 2013, FMC Technologies was awarded a contract to supply subsea equipment for the field. The scope of supply includes subsea trees, wellheads, manifolds and control systems.

CNR had awarded two contracts to FMC earlier, for the Baobab field.

The first contract, awarded in 2003, was an engineering, procurement and construction contract for supplying subsea systems for the development of the field. FMC won another contract in 2007 to supply wellhead systems, enhanced horizontal subsea trees (EHXTs) and a tie-in system.