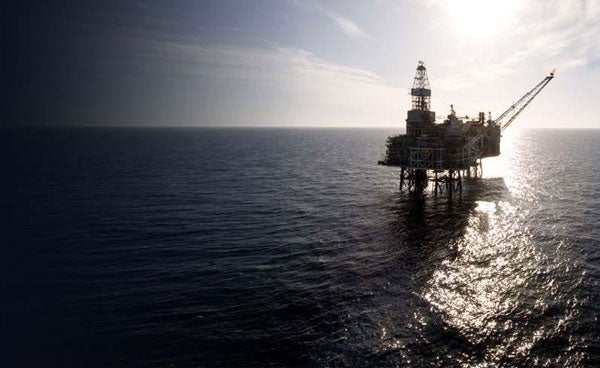 East Rochelle oil and gas field is located in Block 15/27 of the Greater Rochelle area (production licence P226) in the UK section of the North Sea. The area is located approximately 72 miles away from the UK coastline in the central North Sea.

The Greater Rochelle area consists of two oil and gas fields namely West Rochelle (blocks 15/26b and 15/26c) and East Rochelle. The fields are situated approximately 115 miles north-east of Aberdeen, Scotland, in a water depth of roughly 450ft.The field achieved first production from the West Rochelle (W1) well in October 2013. It has an average production capacity of 44 million cubic feet of gas a day and 2,500 barrels of oil per day (bopd).

The development of East Rochelle (E2) was completed in November 2013; it was tied-in to the production manifold in January 2014 and started production in February 2014. The field has an average production rate of 65 million cubic feet of gas a day and approximately 3,000 bopd.

The development has an expected field life of six years.

Gas in place for the East Rochelle field for low, base and high-cases is estimated to be 119 billion cubic feet (bcf), 157bcf and 195bcf respectively.

"The West Rochelle became operational in October 2013 and the East Rochelle in February 2014."

The original Rochelle field was renamed as East Rochelle after the discovery of West Rochelle accumulation in 2010 by the 15/26B-10 discovery well.

Endeavour submitted an environmental impact statement (EIS) for East Rochelle to the UK Department of Energy and Climate Change (DECC) in March 2010. The statement was approved in late 2010.

The field development plan (FDP) for Rochelle was approved by the DECC in February 2011.

Rochelle oil and gas field was developed as a subsea tie-back to the Scott platform located in Block 15/22. The platform is operated by Nexen Petroleum with a 41.9% working interest and has been in operation since 1993.

Field development included construction of two production wells, installation of a new production pipeline up to the Nexen’s platform and tie-back of the wells to the platform. A separate 19-mile control umbilical was also installed from the platform to the production wells to provide hydraulic / electrical control, chemicals and pipeline treatments to the wellhead locations.

Hydrocarbons are carried to the Scott platform via a 19-mile, 10in diameter production pipeline. From there, oil is transported to the Grangemouth Refinery by the Forties Pipeline System and gas is transmitted to the St. Fergus Gas Terminal via the Scottish Area Gas Evacuation (SAGE) system.

In June 2011, Technip was awarded an engineering, procurement, construction and installation (EPCI) contract worth $88m for the East Rochelle development.

The first of the two development wells was drilled by Diamond Offshore’s Ocean Nomad rig.

Subsea umbilicals and associated equipment were supplied by Aker Solutions. The contract, signed in July 2011, was worth $15m and included the supply of a one-mile long infield control umbilical and one 2,133ft riser umbilical.