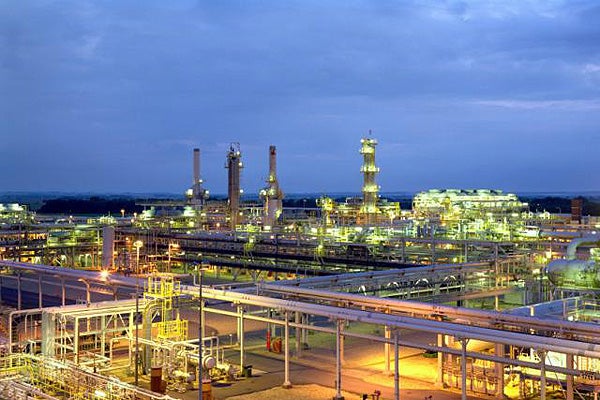 The field lies in blocks 48/14a and 48/15a of the United Kingdom Continental Shelf (UKCS).

Centrica Energy Upstream, a production and exploration arm of the UK-based company Centrica, owns and operates the field. First gas from the field was produced in May 2012.

The appraisal wells were drilled through hydraulic well fracturing techniques to improve the gas recoverability. The process involved pumping high pressure fluids into reservoir rock formations for creating fractures and opening up the rock to allow the flow of gas.

Infrastructure of the North Sea field

The gas field has been developed by the installation of a Not Permanently Attended Installation (NPAI).

The production and processing infrastructure at the field comprises of three production wells, including two platform wells and one subsea well tied back to a 24km long ten-inch export pipeline connected to the Audrey A platform.

Gas from the Audrey platform is exported via a 20in pipeline to the Lincolnshire Offshore Gas Gathering System (LOGGS) operated by ConocoPhillips, and further exported to Theddlethorpe Gas terminal.

The topside of the platform weighs 500t and measures 16m long, 12m wide and 8.5m high. It features a cellar deck, mezzanine deck and weather deck, as well as a helideck.

The well head jacket of the platform, weighing 500t, has length and width of 20m and height of 48m.

Production and reserves of the UK’s Ensign gas field

The initial gas production from the field is enough to power about 225,000 households. The field has estimated gas reserves of about 97bcf. The field is expected to produce about 2.3 million metric standard cubic metres (MMSm3) of gas a day.

Contractors involved with the offshore development

Heerema Fabrication Group was awarded with a contract to provide engineering, procurement and construction of the wellhead platform and jacket for the field in August 2010.

“Centrica Energy Upstream, a production and exploration arm of the UK-based company Centrica, owns and operates the field.”

The construction of both topside and well head jacket was completed in August 2011.

Subsea 7 was awarded with the engineering, procurement, installation and commissioning (EPIC) contract for the flow lines and subsea works at the field in February 2011. The contract was worth about $60m. The scope included installation of 24km of 10in gas and 2in methanol pipelines that connected the Ensign platform and the existing subsea pipelines at the Audrey A platform.

Other contractors involved in the field development included Noble Julie Robertson (NJR), which drilled the production wells, and Petrofac, which provided the front end engineering design (FEED) and execution of topside modifications.