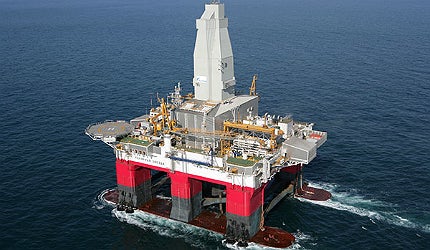 Kirinskoye is the first offshore field in Russia to utilise a subsea system for natural gas production. The field started production in October 2013 and is expected to produce 5.5 billion cubic meters of gas annually.

Construction of the Kirinskoye GCF forms part of the Sakhalin III project to supply gas for the Eastern Gas Programme which encompasses the eastern parts of Russia and Pacific Asia.

Gazprom was appointed as a coordinator to execute the Eastern Gas Programme. It is also responsible for carrying out the project work for the Kirinskoye GCF.

Discovery and reserves at Kirinskoye GCF

The Kirinskoye gas condensate field (GCF) is located 28km offshore of Sakhalin Island Shelf, in the Kirinsky block in the Sea of Okhotsk, at a depth of 90m. It was discovered in 1992. It contains reserves of up to 162.5 billion cubic metres of gas and 19.1 million tonnes of gas condensate.

“Construction of the Kirinskoye GCF forms part of the Sakhalin III project to supply gas for the Eastern Gas Programme.”

The licence for the development of Kirinskoye GCF was granted in 2008. An intensive geological exploration was conducted at the project site between 2009 and 2011.

Drilling of the first production well commenced in August 2012, while the existing exploratory well has been switched for production. The second well was also spudded in 2012.

A gas gathering manifold and the 28km pipeline to convey the gas to onshore have been laid. A pipeline for supplying monoethylene glycol from the coastline to the production site, and a control cable were also laid prior to the construction of the first well.

The platforms for the development of Kirinskoye were specially designed to withstand extreme climatic conditions and are capable of drilling wells at water depths of 70m to 500m.

Contractors for the development of Kirinskoye GCF

Saipem was contracted to carry out the engineering, procurement and installation of the subsea structures, survey works and installation of offshore pipelines. Saipem collaborated with Mezhregiontruboprovostroy (MRTS) to implement these contract works.

Geophysical Engineering Company was involved in certain offshore construction works and surveys for the onshore pipeline connecting the OPF to the main compressor station. The offshore pipes for the project were supplied by TMK.

The Kirinski block is one of the four blocks that form part of the Sakhalin III project located offshore of Sakhalin Island. The other three blocks include Ayashsky and Vostochno-Odoptinsky, licensed to Gazprom, and the Veninsky block licensed to Rosneft.

Gazprom obtained the development license for the three blocks in 2009. The three blocks are expected to hold gross gas reserves of 1.4 trillion cubic metres.

Sakhalin III project serves as the primary reservoir for the Sakhalin – Khabarovsk – Vladivostok gas transmission system, which supplies gas to the regions of Primorsky and Khabarovsk Krais, Jewish Autonomous Oblast and Sakhalin Oblast.