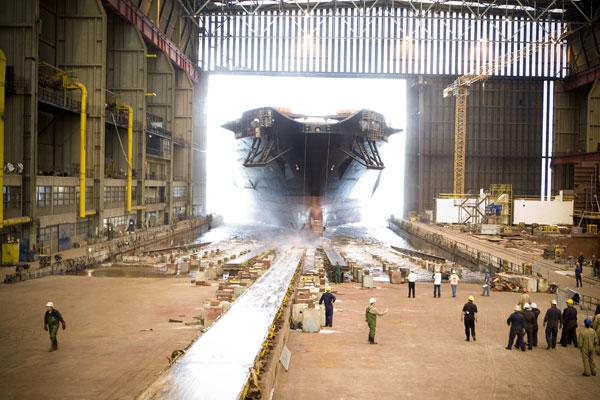 The Orca gas field, spanning over the UK / Dutch waters of the Southern North Sea, is located at a water depth of 40m (131ft).

GDF SUEZ E&P UK is the operator of the UK segment of the field while GDF SUEZ E&P Nederland B.V is the managing the Netherlands portion.

" The field produced first gas in December 2013 and is expected to produce about 1.5million cubic metres of gas per day in 2014."

The field produced first gas in December 2013 and is expected to produce about 1.5million cubic metres of gas per day in 2014.

The gas field lies in the blocks 44/24a, 44/29b and 44/30a of the UK sector of the Southern North Sea and extends into the blocks D18a and D15b of the Netherlands sector. The produced gas is shared between the two countries.

The Orca gas field was discovered in 1992 and the field development plan was approved in 2011. The plan includes the drilling of three wells and construction of a production platform (D18a-A) in the UK waters at a depth of 45m. The platform is tied-back to the D15a-A platform operated by GDF Suez.

"The field will have a maximum production capacity of 2.4million cubic metres per day."

The field will have a maximum production capacity of 2.4million cubic metres per day.

Details of the Orca D18a-A platform

The D18a-A platform was successfully installed in July 2013 by the Oleg Strashnov heavy lift vessel. The unmanned platform is located 500m away from the UK segment of the field in the block D18.

The platform is designed to produce natural gas from up to six production wells.

Processing at the Orca Gas field

The produced gas is first transferred to a production separator, which separates liquids from the gas, and the gas is exported to the existing D15a-A platform in the Dutch waters by means of an 8in subsea pipeline. A 2in pipeline, located 20km north, supplies methanol from the D15a-A platform.

The gas will be further processed and transported to Uithuizen, the Netherlands, through the Noordgastransport pipeline system, for final treatment.

The treated gas will be delivered to the Netherlands’ national gas transport network manager Gas Transport Services for delivery and distribution.

The Songo Songo gas field is located on and offshore Songo Songo island, about 15km from the Tanzanian mainland and 200km south of the commercial capital, Dar es Salaam.