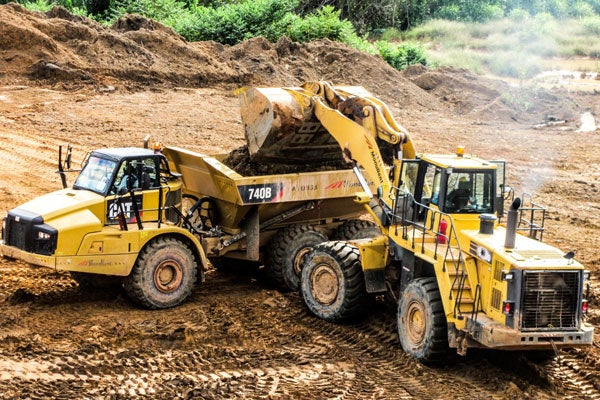 Volve oil field is located in Block 15/9 in the southern part of the Norwegian North Sea, at a water depth of around 80m. It is situated approximately 200km west of Stavanger and 8km from Sleipner Ost field.

Production of oil from the field started in February 2008.

Oil was discovered at the Volve field in 1993. The field was formed by the collapse of adjacent salt ridges during the Jurassic period. The oil is located in the middle Jurassic hugin sandstone formations.

The new well has also extended the life of the field by two years. The projected lifespan of the field now runs to 2016.

Development of the Volve oil field commenced in 2006. The project involved drilling eight oil, gas and water injection wells. Water produced from the field is then reinjected into the formation in order to increase oil recovery.

Production is carried out by using the jack-up rig Maersk Inspirer. Gas and oil are then respectively conveyed to the Sleipner A platform and oil tanker Navion Saga before export, via flexible flowlines and risers. The oil tanker Navion Europa is also occasionally used to replace Navion Saga for oil-storage purposes.

“Production of oil from the field started in February 2008.”

Construction of Maersk Inspirer jack-up rig for the Volve field

The construction of Maersk Inspirer, the world’s largest jack-up drilling rig, was completed in 2004.

The rig was constructed in Korea, while the topside facilities were designed in Singapore and the modules constructed in Thailand. The modification and integration of the rig with the modules was carried out at Haugesund shipyards in Norway. The process module integrated into the rig is capable of producing 56,000 barrels of oil and 53 million cubic feet of gas a day.

The process module alone weighs around 3,500t and the wellhead module weighs 500t.

Enhancements were carried out on the drilling rig in 2012, involving 13,000 onshore man-hours and around 25,000 offshore installation hours.

The accommodation facilities are provided on two V-shaped blocks. The rig can accommodate 120 people in two-man rooms. Other facilities include 14 offices and three recreation rooms.

Three dynamic risers and four flowlines for the oil and gas export systems, including other ancillary equipment such as a mid water arch, anchor holdback structures, bend stiffeners, buoyancy modules and bend restrictors, were provided by NKT Flexibles.

The air-handling units for the platform were supplied by Flakt Woods. The fire fighting, rescue and safety equipment aboard the rig was supplied by Unisafe.

The engineering, procurement and construction contract for the enhancements to the drilling rig was awarded to Ramboll.

The Brynhild field is being developed under production license 148 in Block 7 of the Norwegian North Sea at water depth of 80m.

Delta 2 is a small field under development near the Oseberg oil and gas field located around 130km west of Bergen in the northern part of the Norwegian North Sea.