The US has reportedly confirmed that it authorised an additional $200m in defensive military assistance for Ukraine last month.

An undisclosed senior US State Department official was quoted as saying: “We are committed to Ukraine’s sovereignty and territorial integrity, and will continue to provide Ukraine with the support it needs.”

The official did not disclose additional details about the new aid package.

The Biden administration is said to have delivered $450m in military aid to Ukraine, before Russia increased troop movements at Ukraine’s borders late last year.

Ukraine Crisis
Sakhalin-1– Beyond the Controversy 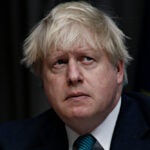 Ukraine Crisis
The true cost of the energy crisis: where will Britain turn to? 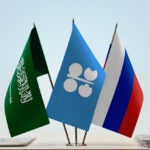 Ukraine Crisis
A post-invasion landscape: the geography of oil and gas after the Ukraine conflict
Data Insights
View All

As part of this package, the UK will supply ‘light, anti-armour, defensive’ weapon systems to Ukraine.

Speaking in the British parliament, Wallace further added that small team of UK personnel will assist Ukraine by providing early-stage training for a limited time, within the framework of Operation ORBITAL.

Under this programme, a total of 22,000 Ukrainian troops have been trained so far.

Ben Wallace said: “This security assistance package complements the training and capabilities that Ukraine already has, and those that are also being provided by the UK and other allies in Europe and the United States.

“Ukraine has every right to defend its borders, and this new package of aid further enhances its ability to do so.”

In December last year, the US announced that it would be sending the final components of a $60m security systems package, consisting of small arms and ammunition, to Ukraine.