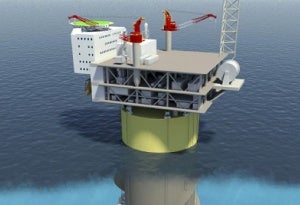 Hertel Offshore has signed a €70m contract with Hyundai Heavy Industries for the engineering, design and construction (EPC) of the new accommodation for Statoil’s Aasta Hansteen platform.

This is another big Norwegian contract for Hertel Offshore and follows on from the award for Statoil’s Valemon living quarter (LQ) project in 2011 and the Shell Norge Draugen additional living quarter project in 2012, both currently under construction in the Rotterdam facility.

The project is on a lump sum EPC basis and will draw on the in-house capabilities of Hertel Offshore. Work has already started and delivery is scheduled for April 2015. Design will be based on the stringent Norsok standards and Statoil requirements. Several Hertel innovations will be used including prefab cabins to facilitate an efficient construction process.

Peter van Aken, managing director said, "We are very proud to work alongside Hyundai Heavy Industries and it is a privilege to build such a state of the art LQ. This project will also further strengthen Hertel’s presence on the Norwegian Continental Shelf."

The Aasta Hansteen living quarter will be made of steel and will accommodate 108 persons. The five storey building weighs approximately 2,600t and will be fully equipped with everything required for offshore operations, such as galley, recreational area, medical room, control room and helideck.