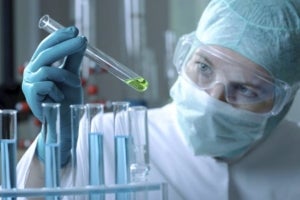 Industrial (or occupational) hygiene places the emphasis on prevention of ill health from work, through recognising, evaluating and controlling the risks. For anyone working with hazardous compounds, these chemicals represent a significant potential source of risk. Modern photoionisation detection (PID) instruments provide reliable detection of over 200 of the most dangerous chemicals, helping to ensure effective industrial hygiene.

Many chemicals in common use have been identified as extremely hazardous, representing serious health risks to personnel in the plants where they are manufactured or used, as well as to those tasked with transporting them. All are governed by clearly defined exposure limits, and being able to accurately monitor hazardous chemicals at these concentrations is a vital aspect of industrial hygiene.

Another toxic chemical and known carcinogen is Ethylene oxide, used as a sterilisation gas for medical products. It is also used for fumigation and as a conversion product in pharmaceutical processes, but most industrial exposure that would be regarded as hazardous is in the production of the chemical itself or in the manufacture of medical products which have to be sterilised before shipping.

Styrene, like ethylene (and all other double bonded alkenes to varying extents) is toxic, but all of these chemicals are useful in that they can be polymerised by opening up the double bond and joining them together. There is the risk of exposure to Styrene both in its manufacture from petroleum fuels, in its transportation, and in its subsequent use to produce polystyrene.We can look, too, at chemicals such as isocyanates used as reagents in the production of polymerised chemicals such as paints and glues, and at acrylates and epoxies, and at the solvents used in industrial processes, chemical industries and pharmaceutical processes.

Not all of these chemicals represent the same health hazards and not all carginogenic links, while suspected, have been proven. Depending on the particular chemical, maximum exposure levels might be set at anything from a few hundred parts per million to under 10 parts per billion. The more dangerous these chemicals are, the smaller the concentrations that are permitted for exposure. Fortunately they also tend to be easier to detect, even at low concentrations, given the right detection equipment.

Those tasked with monitoring and controlling industrial hygiene risk, choosing the right equipment to detect hazardous chemicals is paramount. PID has been proven to be the ideal technology for industrial hygiene applications as a screen tool because of its high sensitivity and ability to detect a wide range of organic compounds and other hazardous chemicals at ppb levels. It responds to a wider range of compounds and detects them more reliably and at lower levels than any other detection method.

The Ion Science portfolio of hand-held, portable and fixed PID gas detectors rapidly and accurately detect VOCs from 1ppb to 20,000ppm – a range unmatched by other PID gas detectors on the market. The incorporation of Fence Electrode and Anti-contamination Technology ensures that they give the fastest, most accurate and most consistent results, even within challenging humid and dusty environments.