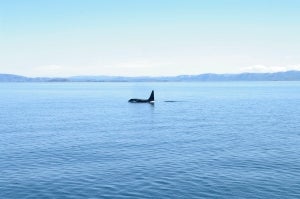 OG21 today received the DNV GL study of technologies that should be developed for year-round oil and gas production at 74° North in the Norwegian Barents Sea. New licenses are due to be awarded in this area as part of the Norwegian 23rd licensing round.

The report concludes that technology solutions are fairly mature, but need to be adopted for Norwegian waters. This would be possible within an 8-10 year time frame, which is also the earliest one can expect first oil or gas in the licenses.

"We have identified close to 30 challenges to enable year-round oil and gas production in the area," says DNV GL – Oil & Gas divisional director for Europe and Africa, Liv Hovem.

"To improve the business case for developments in this part of the shelf, key enhancing technologies within drilling, including large bore wells, as well as reservoir performance, gas compression, subsea facilities and power supply are important to mature. Many leading companies are already well underway to develop these technologies, but more needs to be done to make year round production in 8-10 years realistic."

"These enhancing technologies also strengthen the business case for field developments in the area, through increased recovery or reduction in capex or opex," says Per Olav Moslet, DNV GL – Oil & Gas senior principal engineer, and an expert on Arctic technologies.

"These locations are among the northernmost locations that are open for petroleum activities in Norway. As the study shows, some elements of the physical environment are more demanding than elsewhere on the NCS, for example the possibility of ice, marine icing, polar lows and fog, while other elements such as waves and wind, are less severe. The study also shows that fairly mature technologies that can solve these challenges are underway," says Per Olav Moslet.

"There are already operations in similar environments in other places in the world, like in the Sakhalin area in Russia and Grand Banks, Canada. This means that some technologies from these areas can also be adapted for use in these areas on the NCS," says Per Olav Moslet.

In addition to the five technologies for cost cutting and production enhancement above, 11 technologies and technology areas that need to be matured in the same timeframe to facilitate operations in this area have also been identified: