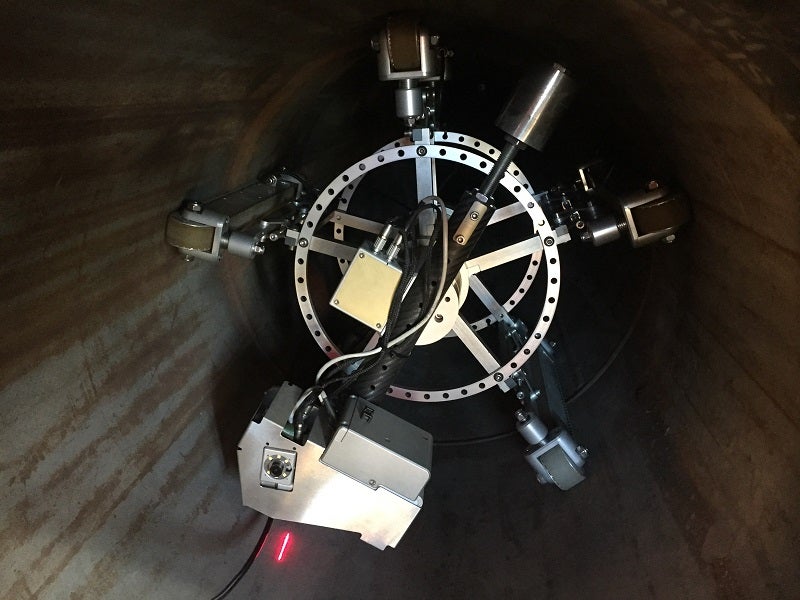 OMS have recently completed groundbreaking remote measurement and inspection of a number of 230m-long pull tubes for Statoil’s deepwater Aasta Hansteen SPAR project, which at 1,300m below sea level is the first of its kind in the Norwegian Sea.

Manufactured by Hyundai Heavy Industries in South Korea at the Ulsan shipyard, the cylindrical 70,000t topside facility measuring 195m in height will be capable of producing 23 million cubic metres of oil and gas per day, and also of storing 160,000 barrels of condensate. The platform, expected to go online during 2018, will be installed in the Aasta Hansteen field, 300km off the western coast of Norway during 2016, and connected to the Shell-operated Nyhamna gas processing plant via the Polarled 480km pipeline.

The location of Statoil’s Aasta Hansteen SPAR in the Arctic Circle, also the largest structure of its kind to date, meant that there were a number of considerations regarding the steel catenary risers connecting the subsea pipelines to the topside platform. Detailed and accurate inspection and assessment was necessary in order to determine the internal bore of the ‘pull tubes’, which provide the mechanism to connect production risers, product export lines and pump caissons through the use of a ‘pull head’ to the topside cellar deck. This was a key consideration due to the minimal clearance within the pull tubes.

The 8LV crawler with visual and 3D laser modules was deployed to carry out ranged inspection of 16 230m-long pull tubes and eight caissons to assess:

Defects or obstructions within the pull tubes as a result of pipe welds or fluctuations in pipe geometry were a possibility, and of great concern to Statoil as these features had the potential to lead to disastrously costly consequences once the platform was positioned at sea, where such issues could not be remedied.

This project was the first of its kind for OMS and presented distance and traction challenges for the 8LV crawler. These challenges were overcome through excellent R&D and operations leading to a very successful outcome for Statoil.

OMS operator Tim Green said: "Much of the pipework to be inspected was in the horizontal position, but in many areas the tool had to handle inclines of up to 20°. The tool performed excellently in the vertical position, proving the versatility of the technology. The client was very pleased with the operation of the tool and the reporting structure. Being able to produce standard MS Excel reports with the weld images embedded in the report, linked with the weld profile, is a very useful method of reviewing weld condition. Also having a permanent visual inspection record of the root pass of a weld is a valuable asset."

OMS deployed an agile, robust and versatile service and completed the task successfully, on time and on budget. This provided the client with peace of mind that their assets were ready for the next development phase without the likelihood of failure and considerable additional project costs.