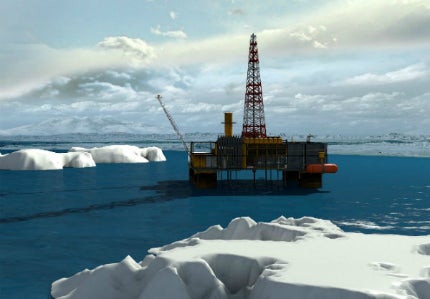 If the offshore industry at large and Royal Dutch Shell in particular were under any illusions as to the size and complexity of the task that lies ahead of them in the Arctic, they will be fully cognisant now.

Less than year after a 30-mile-long ice floe forced Shell to shut down its Burger-A well in the Chukchi Sea after just 24 hours, the Anglo-Dutch multinational announced that as a "precautionary measure" it was suspending offshore drilling in Alaska for the remainder of 2013.

Statoil quickly followed suit, shifting its focus to drilling projects in the Norwegian Barents Sea and exploration wells on the east coast of Canada.

"Summer Arctic sea ice is not only melting more quickly; it is also becoming younger and thinner."

For Ola M. Johannessen, founding director of the Nansen Environmental and Remote Sensing Centre (NERSC) and a world-leading oceanographer, the events confirmed that a better understanding of sea ice and its accelerating decline is now central to the success of upstream oil and gas operations in the extreme north.

"A serious risk assessment must be undertaken into the future development of sea ice in the Arctic, and its impact on the offshore industry and shipping," he states.

"Icebergs are always a threat and their drift patterns are not easy to predict. In the Barents Sea and the Russian Arctic, grounded icebergs and those caught in strong tidal currents can potentially cause a lot of problems for underwater installations and pipelines.

"A significant number of very large icebergs are also being produced around the Greenland continental shelf. Smaller icebergs known as growlers are also risky, because they are very heavy, and difficult to observe using satellites and ship radar."

The heat is on: the disappearance of summer sea ice

A landmark climate change report published this month by the National Oceanic and Atmospheric Administration (NOAA) noted that, in September 2012, Arctic sea ice had retreated 18% from the previous low in 2007 to cover just 1.32 million square miles; that’s 54% less than the mark for 1980 and the lowest level since satellite records began more than 30 years ago.

If this unprecedented decline – the result of higher temperatures brought on by greenhouse warming – continues summer Arctic ice could eventually disappear altogether. Johannessen, using a semi-empirical model where the sea ice extent is correlated with the increasing CO2 concentration, projects that the sea ice will disappear when the CO2 concentration reaches 500ppmv (parts per million by volume); that’s 40 years from now if CO2 continues to increase at the same rate as today.

Crucially, summer Arctic sea ice is not only melting more quickly; it is also becoming younger and thinner. According to the Norwegian Polar Institute (NPI), most of the Arctic Ocean is now covered with first-year ice measuring 1.5 or two metres thick, compared with 30 years ago, when 35% of the winter sea ice cover was older than two years and three to four metres thick.

Eventually, then, most of the ice will form and then melt every year, with little lasting the whole summer. Monitoring and predicting the behaviour of this young, faster-flowing ice is not yet an exact science and represents a major challenge for the offshore industry, as Johannessen explains.

"Intuitively, one may think that thinner ice presents less of a problem, but this is not true," he tells me from NERSC’s headquarters in Bergen, Norway. "Less sea ice will make Arctic operations easier, of course, but natural variability can mean surprises from year to year.

"Thin ice can also be a problem if you have convergence caused by wind and strong tidal currents in the Barents Sea and Russian Arctic, which generates pressure ridges. Even 75,000hp Russian nuclear icebreakers can get stuck in first-year ice in the Kara Sea north of Siberia."

Unlike its older, multiyear equivalent, young first-year ice disappears more rapidly, the melt ponds on its smooth, thin surface quickly spreading across vast areas. The darker surface of the water also absorbs more light and heat than ice and snow, speeding-up the melting process, as the winter changes to summer.

Known as the ice-albedo effect, this natural phenomenon is causing problems for satellite tracking systems.

Unable to differentiate between melt-water and ice floes, many devices also struggle to distinguish newly formed ice from open water with waves or foam.

"Under summer melting conditions thousands of melting ponds up to several hundred metres in diameter are created," explains Johannessen. "When you are flying a helicopter and looking down it appears as if you are passing over a city with many swimming pools.

"The satellites observe this as water, while in reality it is ice, which causes errors in ice concentration data. These misinterpretations are a problem both for passive and active microwave satellites."

According to the NOAA, 2012 was among the ten warmest years on record. Concentrations of CO2 and other warming gasses reached a global average of 392.7 parts per million for the year, a new high.

Plotting a course through the blizzard of climate change statistics is never easy, but most experts agree that – regardless of annual fluctuations in atmospheric pressure as a result of Arctic and North Atlantic oscillation – sea ice will continue its 30-40-year cycle of decline as the planet gets warmer.

Increased investment in monitoring and forecasting technologies is also a priority, as existing modelling programmes struggle to keep up with the pace and complexity of sea ice erosion.

Computerised ocean models absorb and correlate ocean data gathered from in-situ and remote-sensing measurements and use assimilation software to produce a 3D description of the physical parameters of the ocean, such as current, sea level anomalies, surface temperature and salinity.

"Input from meteorological forecasts is also important, since the ice drift is very dependent on the wind and can respond to wind changes in a matter of hours.

"Furthermore, you need a data assimilation system, which we are employing routinely at the Nansen Centre as a part of the MYOCEAN project granted by the European Commission.

"However, the Arctic is a huge region and ice prediction sampling is poor at present," he adds.

Risk vs reward: data-sharing and the future of Arctic exploration

To Shell’s detractors, the decision to call a halt to production after investing $3bn in its Arctic operations was concrete proof that hydrocarbon exploration and production (E&P) in the frozen north is pure folly, that it is logistically and ethically untenable, and poses a very real threat to offshore personnel and the environment.

"Even 75,000hp Russian nuclear icebreakers can get stuck in first-year ice in the Kara Sea north of Siberia."

In addition to investing in safety equipment, such as pipe-heating technology and disconnection mechanisms that allow FPSO vessels to float away from ice floes, upstream operators also need to take sea ice forecasting much more seriously as an operational imperative, as Johannessen explains.

"It is difficult to get an agency to take full responsibility for ice forecasting 24-7-365, perhaps because there is not enough demand from users and the general public," he says. "The implication for the offshore industry is that they must pay for it themselves, which many companies are doing."

He also stresses the importance of communication between stakeholders including academics, upstream operators, indigenous communities, environmental campaigners and governments.

"The dissemination of ice information is not good enough," he notes. "It is organised into many fragmented web pages and you very seldom hear about ice on the TV or radio weather forecasts. At the Nansen Centre, we are in charge of a European online ice information system, www.arctic-roos.org, which attracts up to 20,000 users every month."

This type of information is set to become an invaluable resource, as oil and gas multinationals begin their great push into the Arctic in search of an estimated 30% of the planet’s undiscovered natural gas reserves and 13% of its undiscovered oil.

Eyes on the horizon: storm tracking in the offshore industry

Hurricanes and tropical storms endanger offshore workers and threaten a vital element of the world’s oil and gas infrastructure.

Oil and Gas Exploration in the Arctic: A Potential, Which Needs To Be Tapped Cautiously