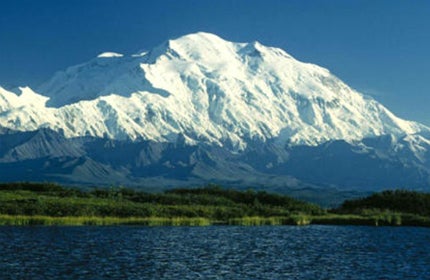 Oil and gas company Woodside set a new world record for drilling the deepest well on the Tidepole East-1 exploration well, offshore of Western Australia, drilling to a total depth of 1,905m.

Serica Energy announced in January that it had won two contracts in the 26th Round of UK Offshore Licensing, while Statoil ASA, in partnership with Eni Norge AS and Petoro, confirmed a new oil discovery in the Havis prospect in the Barents Sea.

February: US and Mexico agree to jointly drill in the Gulf of Mexico

In February the US and Mexico reached an agreement to jointly drill 1.5 million acres along the US Outer Continental Shelf in the Gulf of Mexico.

Meanwhile, Iraq launched a new offshore terminal in the Persian Gulf in a bid to maximise its crude oil exports.

Statoil, in partnership with Repsol Sinopec and Petrobras, made a significant high-impact oil discovery in the Pão de Açúcar area off the coast of Brazil.

UK company DUCO was crowned ‘Company of the Year’ at the Subsea UK awards.

UK oil giant BP reached a $7.8bn settlement with the Plaintiffs’ Steering Committee (PSC) in March 2012, relating to the Deepwater Horizon disaster in the US Gulf of Mexico.

French oil company Total was forced to shutdown its Elgin platform in the North Sea due to a natural gas leak. The firm immediately launched emergency procedures when the incident occurred, but initially found it difficult to shut the well.

April: survey reveals a 22% rise in exploration in the UK

In April 2012 a survey found that 11 exploration and appraisal wells were drilled in the UK Continental Shelf (UKCS) between 1 January and 31 March this year, indicating a 22% rise in drilling activity compared with the same period in 2011.

However, the report by Deloitte Petroleum Services also noted a 15% drop in drilling activities during the final quarter of 2011.

Aker Solutions in April announced its plans to build a $60m manufacturing plant in Pekan, Malaysia, in a bid to expand its capacity in producing steel tube umbilicals. The facility is expected to begin operations in the fourth quarter of 2013.

After a pilot had to ditch an aircraft in the North Sea off Aberdeen in May, Bond Offshore Helicopters, a provider of transportation services to several oil platforms in the UK Continental Shelf, grounded its Scotland-based fleet. A detailed report found a crack in the gearbox.

Noble Energy halted drilling operations at the Leviathan-1 well in the Levant Basin, offshore of Israel, after finding natural gas.

In this month it was announced that gross revenue from the UK oil and gas sector had risen by 28% to $2.8bn in 2011, according to a report from Oil & Gas UK.

Meanwhile, Statoil decided to launch an investigation into a gas leak that occurred on the Heimdal platform in the North Sea on 26 May 2012.

Chevron Nigeria announced its decision to plug and seal the abandoned Funiwa 1A natural gas well offshore of the country, after a blowout claimed two lives in January.

Also this month, BP was forced to shutdown eight of its Gulf of Mexico oil and gas facilities as a tropical storm hit the US.

Plus, oil workers in Norway went on strike after two days of disputes regarding pension plans.

British Petroleum (BP) announced its plans to suspend its $1.5bn Liberty offshore project in Alaska due to cost overruns and technical setbacks.

In July it was announced offshore drilling increased by 64% during the second quarter of 2012 on the UK Continental Shelf (UKCS), when compared to the same period in 2011, according to a new report by Deloitte.

The company has spent more than $4.5bn on building equipment and obtaining federal rights to drill in the waters, after it received support from the US Government.

The US Department of Justice accused BP of "gross negligence and willful misconduct" regarding the 2010 Deepwater Horizon oil spill disaster in September.

In other news, Chevron paid £10.65m for a fine levied by ANP, Brazil’s petroleum regulator, in relation to an oil spill charge due to its operations in the Frade field, north-east of Rio de Janeiro.

The Palestinian National Authority (PNA) in September announced it is currently in negotiations with Israel, seeking permission to develop natural gas fields off the coast of the Gaza Strip.

Shell announced it would postpone drilling operations in the Arctic until 2013, after its environmental protection equipment failed to meet the appropriate standards.

September’s biggest news was Russian consortium AAR’s announcement that is had agreed to outline a deal to sell its stake in TNK-BP to oil giant Rosneft for about $28bn.

Meanwhile cyber attacks against communication networks on Iranian offshore oil and gas platforms during several weeks in September were warded off, according to a state official.

In November it was announced that BP would pay $4.5bn in a settlement with the US Government over the 2010 Deepwater Horizon disaster which killed 11 people, making it the largest criminal fine in US history.

Later in the month the US Environmental Protection Agency (EPA) imposed a temporary suspension on BP and all its affiliates from new federal government contracts.

On the 19 November, search and rescue teams began looking for a missing worker after a Black Elk Energy Offshore Operations oil rig exploded in the Gulf of Mexico.

Of the 22 crew members on board, one has reportedly died, 11 were hospitalised and another was announced missing. Later in the month a US board issued a subpoena to Black Elk Energy in connection with the oil rig blast.

Meanwhile, Norway’s Statoil evacuated 326 people amid rough weather from the Floatel Superior accommodation rig in the Norwegian Sea, after it tilted by three to four degrees.

In December it was announced Scottish oil company Dana Petroleum, in a £1bn deal, is to develop two offshore oil fields near the UK’s Western Isles, after the Department for Energy and Climate Change approved the development.

China’s National Energy Administration (NEA) also announced that the country’s production from the South China Sea is projected to reach 15 billion cubic metres (bcm) of natural gas per annum, out of a total offshore output of 20bcm by 2015.