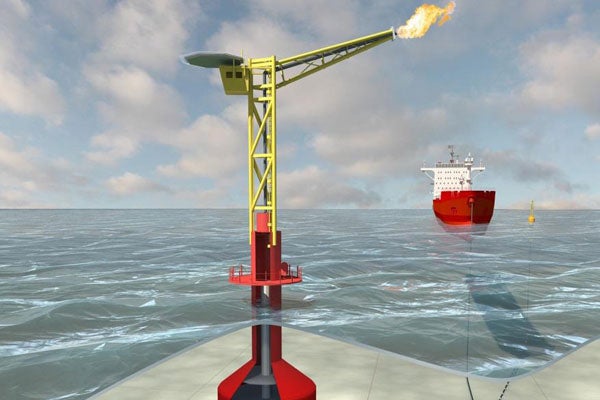 Ain Tsila is a gas condensate field located in the Illizi basin, Algeria. It is situated within the Isarene permit in Blocks 228 and 229a.

The project is owned by Groupement Isarene, a joint venture of Petroceltic, Sonartech and Enel Trade SPA. Petroceltic holds 56.625% working interest in the project, while Sonatrach holds a 25% share and Enel holds the remaining 18.375% interest.

The Plan of Development for the Algerian offshore field was submitted in January 2012 and was approved in December the same year. The project was declared commercial in August 2012.

The front end engineering and design (FEED) phase of the project commenced in 2014. The field is expected to start initial gas production in 2020.

“The gas condensate field was discovered in 2009.”

Discovery, geology and reserves of the Algerian gas condensate field

The gas condensate field was discovered in 2009, following the drilling of the Ain Tsila-1 well. The well was the ninth-largest discovery worldwide that year. The field covers an area of over 1,000km2.

The Isarene concession, in which the gas condensate field is located, covers an area of around 2,564.8km2. It comprises three other prospects, namely Isarene Nord-Est, Isarene Nord-Ouest and Hassi Tab Tab. The Amenas project is located east of the permit and the Tin Fouye Tabankort field is north of the permit.

“The field is expected to start initial gas production in 2020.”

The gas condensate field is expected to be developed over a period of 30 years, during which 124 wells will be drilled. The field will initially start production from 18 vertical wells.

Gas will be produced via a new gas-processing plant at an annual average plateau rate of 355 million standard cubic feet per day. Production is expected to remain stable for 14 years.

The produced gas will be exported via a 100km-long pipeline to the main Algerian gas transmission system at the Tin Fouye Tabankort (TFT) field. Sonatrach will market gas products from the field.

Up to six appraisal wells were drilled prior to the submission of the drafts for the Declaration of Commerciality and Plan of Development for the project. The vertical and horizontal wells were drilled using KCA-Deutag-Nomad-class Rigs T-211, T-212 and the 2,000 hp Dalma Rig LR-12.

The drilling works commenced in 2010 and the testing of the six appraisal wells was carried out from January to December 2011. The drilling and testing works were carried out using data-driven 3D seismic techniques.

The FEED contract was awarded to Chicago Bridge and Iron, an engineering and construction company based in the US, in September 2014.

Sinopec International Petroleum Service was awarded the drilling rig contract by Groupement Isarene, a consortium of Sonatrach, Petroceltic and Enel, in April 2015.

The engineering, procurement, and constrcution (EPC) contract worth $1bn was awarded to Petrofac. Petrofac is responsible for performing the commissioning, start-up and performance testing of the field for 42 months.

The Oudna oil field is located in the Gulf of Hammamet, 80km off the northern eastern coast of Tunisia.