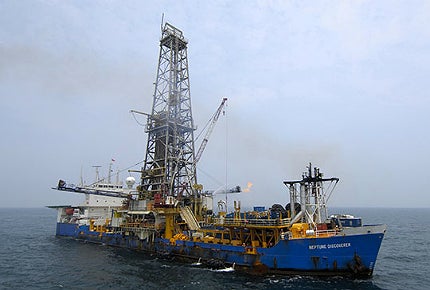 Bien Dong 1 Project involves the joint development of the Moc Tinh and Hai Thach gas fields situated in the Nam Con Son basin, offshore of southern Vietnam. The fields are located at a water depth of about 140m.

The fields are being developed by Bien Dong Petroleum Operating Company (BDPOC), which holds a 51% interest in the development. The remaining 49% shares in the project are held by Gazprom.

The combined reserves of the two Vietnamese fields are estimated at 55.6 billion cubic metres of gas and 25.1 million tonnes of gas condensate. The fields are expected to start production in 2013.

The Strategic Partnership Agreement for operations in the Vietnamese offshore blocks was signed by the operators of the field in December 2009. The development of the current two fields falls under this agreement and the plan for the joint development of the two fields was confirmed in April 2010.

The development of the field incorporates the installation of pipelines measuring 70km and subsea cables measuring 21km.

“The fields are being developed by Bien Dong Petroleum Operating Company (BDPOC), which holds a 51% interest.”

The Heads of Agreement (HOA) for the supply of the FSO was signed between the PTSC and BDPOC in February 2010. A $105m loan agreement for the construction of the FSO was signed in September 2011 by PTSC and its partners, comprising of Yinson Holdings Berhad, United Oversea Bank Limited (UOB) and Oversea-Chinese Banking Corporation Limited (OCBC).

The keel for the FSO was laid in May 2012. The load-out and sail-away ceremony for the jacket of the central processing platform was held in June 2012.

The FSO named as the FSO PTSC Biendong 01, includes a central processing platform (PQP-HT) with a living platform capable of accommodating 70 people onboard, two wellhead platforms, namely Hai Thach 1 (HT1) and Moc Tinh 1 (MT1), three jackets (PQP-HT, WHP-MT1 and WHP-HT1) and a link bridge. The FSO has a length of 171.5m and a breadth of 32.4m. It weighs 60,000t and has a storage capacity of 350,000 barrels per day.

The FEED (Front End Engineering Design) and detailed design works for the project were provided by Worley Parsons.

“Reserves of the two Vietnamese fields are estimated at 55.6 billion cubic metres of gas and 25.1 million tonnes of gas condensate.”

The Floating Storage and Offloading (FSO) facility for the project was constructed by PetroVietnam Technical Services Corporation (PTSC). The construction of the FSO was subcontracted to Sungdong Shipbuilding & Marine Engineering under a contract worth KRW 70bn ($64m). The upending frames for the FSO were provided by IHC Merwede.

GE Oil & Gas Drilling and Production Systems (Vetco Gray) is supplying up to 16 sets of high pressure, high temperature (HPHT) surface wellhead and christmas trees, including ancillary equipment for the project, under a contract valued at $30m.

The design and fabrication of the swivel, welding necks and hangar flanges, including a symmetrical piggable wye piece, was carried out by Foritex. The tie-back and jacking services during the construction of the PQP-HT jacket were provided by OSC Tech in collaboration with Mamoet.

The Dai Hung oilfield lies at a water depth of 361ft offshore Vietnam.