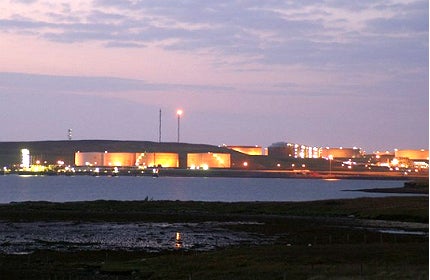 The Cormorant East oil field, originally known as the Contender Prospect, is located in southern part of the block 211/22a in the UK northern North Sea.

Oil production from the field started in January 2013. The initial production rate of the field is approximately 5,500 barrels of oil per day.

The production from Cormorant East is currently hampered due to ongoing inspection and maintenance activities in the pipeline system, following the incidence of hydrocarbon release at one leg of the Cormorant Alpha platform in January and March 2013.

Cormorant East is located just outside TAQA’s 100%-owned Cormorant North field. It lies in a block where TAQA had no equity stake.

TAQA assumed operatorship of Cormorant East by acquiring 60% interest in the field from the joint venture partners of 211/22a in exchange of a farm-in agreement concluded in April 2011. TAQA committed to bear the entire drilling and well development cost for Cormorant East.

Dana Petroleum holds 20% interest in the field development, whereas Antrim Energy, First Oil and Bridge Energy respectively own 8.4%, 7.6% and four percent interests in the field.

The Cormorant East reservoir comprises of oil-bearing sandstones in the Tarbert Formation of the Jurassic Brent Group. The oil contained in the field is found to be porous and well saturated without the presence of any water zone.

Discovery and development of the North Sea oil field

The Cormorant East development set a benchmark with the field brought on-stream within 85 days of its discovery. The field was discovered in October 2012.

A 16,900ft (5,151m) well, named 211/21-N94 or the Contender Prospect, was drilled in a north-east direction from the North Cormorant Platform into the Jurassic Brent sandstones. The drilling encountered an oil accumulation estimated to contain ten to 30 million barrels of oil.

The Cormorant East production well was subsequently tied into to the Cormorant North Platform. The first oil from the field was produced on 10 January 2013.

Cormorant East is currently being operated by a single production well. Water injection and additional production wells can be drilled in future. Few more appraisal targets have been identified within the development area, both at down-dip from the present discovery well and in neighbouring fault panels.

The North Cormorant platform, located at the centre of North Cormorant field at a water depth of 161m, has been operational since 1982. It is a single fixed platform with steel jacket. The platform has two production trains for separation of oil, gas and water. It has the design capacity to process around 180,000 barrels of crude a day.

The processed oil from North Cormorant platform is sent to TAQA’s Cormorant Alpha platform located in the South Cormorant field. The oil is transported via the Brent System Oil Pipeline to the Sullom Voe terminal for sale. The Abu Dhabi based energy company acquired Cormorant North and South Cormorant from Shell and Esso in 2008.

The Brent System Oil Pipeline which TAQA acquired from BP in 2009 carries around 100,000 barrels of oil from 20 fields in the UK to Sullom Voe in the Shetland Islands.

Forecast spending for 2012 has been lowered as government officials confirm the UK will pull out of Afghanistan by 2014.Cygnus gas field is situated within UK Continental Shelf blocks 44/12a and 44/11a in 23m of water.