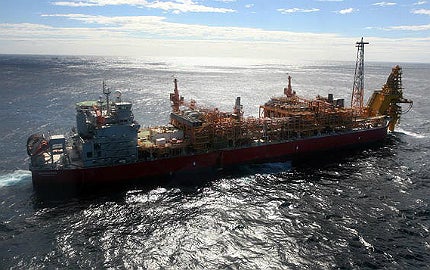 Enfield oil field is situated in Production Licence WA-28-L, within the Greater Enfield Area, about 49km off the coast of Exmouth in Western Australia. Water depths range from 350m to more than half a kilometre across the field.

First production from the field was achieved in July 2006 with an investment of A$1.48bn.

In mid-March 2012, production from the Enfield field remained suspended for about a week due to Tropical Cyclone Lua. Production was also suspended in January 2008 following a cyclone threat.

The Greater Enfield Area, situated in the Exploration Permit WA-271-P, is the combination of two developed (Enfield and Vincent) and one undeveloped (Laverda) fields.

Woodside holds a majority of 60% working interest in the project and is the operator of the field. The remaining 40% stake is held by MEPAU.

The Enfield oil field is located within the Exmouth Sub-basin in Western Australia. It itself is a part of the Carnarvon Basin and contains Jurassic to early Cretaceous deposits. The reservoirs within the sub-basin are formed of relatively thick sandstones.

The field’s oil reserves are estimated to be about 127 million barrels. Production at Enfield during the first eight months was ten million barrels of oil. Average output of the field in 2011 was 19,623 barrels each day (bpd). By the end of March 2012, the field was producing nearly 16,000bpd. 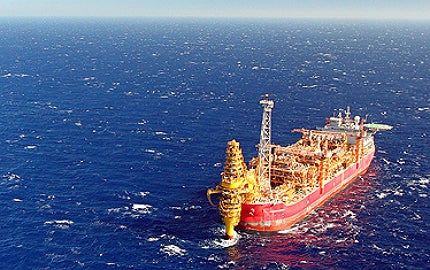 Installation of the new floating production storage and offloading (FPSO) facility Nganhurra and subsea facilities was completed between late 2005 and early 2006.

The Enfield oil field was discovered by Woodside Energy during the second quarter of 1999.

The field was later evaluated by four further wells, drilled between 1999 and 2004.

These appraisal wells indicated the presence of good to excellent reservoir quality, with consistent pressure and fluid properties in the field.

The preliminary field development programme for the Enfield field was submitted to the Australian Government in March 2003. It was officially sanctioned in March 2004 after the selection of development concept and front end engineering design (FEED).

Zola Prospect is a gas discovery in the Carnarvon Basin, located 100km from Western Australia.

Construction of major production facility components was undertaken between 2004 and early 2006. A deep-water semi-submersible drilling rig was used to drill the 13 subsea development wells.

Installation of the new floating production storage and offloading (FPSO) facility Nganhurra and subsea facilities was completed between late 2005 and early 2006.

The FPSO was brought to the site in May 2006 and oil production began in July 2006, after commissioning of final systems and testing. The project was brought online ahead of schedule and the development cost remained within the sanctioned budget.

Infrastructure of the Greater Enfield Area-based oil field in WA

“The Enfield oil field is located within the Exmouth Sub-basin in Western Australia. It itself is a part of the Carnarvon Basin.”

These wells are tied back to the Nganhurra FPSO via four subsea manifolds, two ten inch flowlines and one eight inch test line.

There is also a disconnectable riser turret mooring (RTM) system which allows the FPSO to disengage from the production site and move to a safe location in the event of bad weather conditions, such as a cyclone, hurricane or typhoon.

The Enfield FPSO is a double hulled ship-like facility, designed to process 100,000 barrels of oil a day. It can store 900,000 barrels of crude oil in five pairs of cargo tanks. Fluid handling capacity, as well as the water injection capacity of the FPSO, is 140,000bpd.

Built by the South Korean ship builder Samsung Heavy Industries (SHI), the Nganhurra FPSO has a deadweight of 142,000t and measures 260m in length and 46m in breadth.

Supply of subsea flow lines and dynamic risers and offshore installation works for Enfield oil field were carried out by a joint venture between Technip and Subsea 7. Subsea systems were supplied by Houston-based FMC Technologies.

In July 2003, a AMEC – Fluor Corporation partnership won a contract to implement FEED and associated services for the FPSO. They were again contracted in July 2004 to provide detailed engineering services for the floating oil production facility.

After five years of battling with US courts, Royal Dutch Shell is now one step closer to becoming the first company to drill for oil in the Arctic since the 1990s.

France-based Technip has won a contract from Inpex Corporation to supply a flexible pipe for its Ichthys gas field project off the coast of Australia.

The Appaloosa oilfield is located about 200km south-east of New Orleans in the Gulf of Mexico at a water depth of 2,500ft.