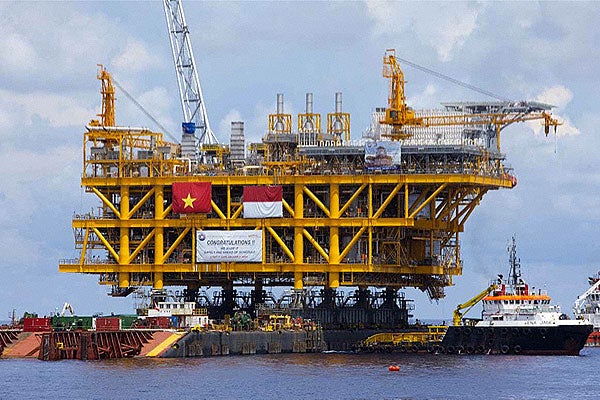 Su Tu Trang gas field is located in Block 15-1 of the Cuu Long Basin off the southern coast of Vietnam. The offshore gas field lies south-east of Ba Ria-Vung Tau province at a water depth of 50m and about six kilometres away from the existing Su Tu Den field (Black Lion).

The Su Tu Trang gas field, also known as the White Lion, has been in production since 2012.

Cuu Long Basin is a tertiary rift basin covering an area of 25,000km² in the southern part of Vietnam. The Block 15-1 Petroleum Contract Area is located at the north end of the Cuu Long Basin.

“Cuu Long Basin is a tertiary rift basin covering an area of 25,000km² in the southern part of Vietnam.”

CLJOC acquired operating interest in the block 15-1 in September 1998. Su Tu Den was the first field to be discovered and developed in the basin.

The oil field was discovered in 2000 and brought on stream in 2003. Su Tu Vang was the next field to be discovered in the basin in 2001 and commenced production in 2008.

The Su Tu Trang gas field was discovered in November 2003. Commercial production from the field began in September 2012.

Su Tu Nau field, currently under development, is the latest field to be discovered and developed in the block. Production from the Su Tu Nau field is expected in 2014.

The total estimated recoverable reserves at these four fields are estimated to be 621 million barrels.

The output of the field is transported through a 19.5km, 12in subsea pipeline via a manifold to the existing Su Tu Vang Central Processing Platform. The Pipeline End Manifold weighs approximately 87t.

Production at the Vietnamese gas field

The gas produced at the Cuu Long basin is transported to the Phu My Gas Distribution Center via Bach Ho pipeline system.

“The Su Tu Trang gas field was discovered in November 2003. Commercial production from the field began in September 2012.”

Nippon Steel Engineering was sub-contracted by PTSC M&C for the detailed design, as well as for the offshore transportation and installation works.

The Dai Hung oilfield lies at a water depth of 361ft offshore Vietnam.