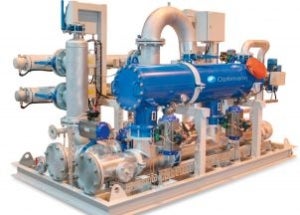 Shipowners are being faced with a difficult evaluation when it comes to ballast water treatment (BWT). Getting it right means evaluating a number of parameters.

The current favourite BWTs are largely two-stage affairs, usually combining a filtration step (taking out organisms and particles over the 20µm or 40µm mark) with either electrochlorination or UV disinfectant. The somewhat clunky mechanical filtration process has been helped by self-cleaning vacuum extraction and backflushing cycles. According to Joe Thomas of Wärtsilä, this stage means that the later ‘kill’ then doesn’t have to deal with as many, or as big, organisms.

Ultraviolet water treatment has been around for some time. Before the issue of ballast water gained attention there were still large aquaculture systems that had similar requirements, and a few companies such as Optimarin have based their systems on that mature technology.

But the next stages of development meant answering questions about the efficacy of UV in murky waters. Some systems, including Optimarin’s, now vary UV intensity based on turbidity measurements taken during ballasting. This has two benefits. Firs, the penetration testing means that the light don’t simply fade in effect with no-one noticing, a charge that has been levelled against the UV approach. Second, the method ameliorates the draw on the power supply caused by multiple treatments needed with UV (on the water’s way in and way out of the system).

A question of clarity

Manufacturers have not shirked from tackling early doubts about maintaining the clarity of UV tubes. Optimarin’s self-clean uses strong light to ‘burn off’ the grunge while the turbulence of the water helps to flush it away. Others like Wärtsilä’s have a wiper, while novel approaches can range from ultrasonically-generated microcavitation to ball-cleaning systems.

UV systems generally gain by being simple, robust, and needing minimal intervention. But power is still a central issue and suitability depends on several factors: while UV is more applicable for smaller vessels, a tanker or bulk carrier might need most of a megawatt to match 4,000m³ an hour flow rates. A UV-based BWT retrofit could impact the whole power distribution network. Optimarin’s CEO Tore Andersen points out that the choice is governed "not by the scale of the ship, but by the capacity of the pumps".

Thomas agrees. Wärtsilä has developed both UV and electrochlorination systems.

"It’s a matter of different cargos," he says.

While cruise ships are large, they have relatively small ballast pumps, typically pumping around 300m³ of water an hour. Conversely some tankers are physically much smaller in size but have ballast pumping requirements up to ten times that of a cruise ship.

"Expense can also be a factor for bigger ships," says Thomas.

"While UV systems are generally more cost effective for the smaller ballast pump sizes, when scaling up the cost is almost linear with increased capacity… you physically need more UV, multiple chambers and multiple kilowatts. In addition the UV footprint and the power requirement increases.

"On the other hand, electrochlorination involves more component parts, which for small applications can lead to higher costs compared to UV."

Against this, the price of electrochlorination (EC) components don’t rise in step with the size, ‘leading to an economy of scale that make electrochlorination more practical and attractive for the larger ballast pump capacity applications’. This results in a distinct ‘threshold’ -somewhere between the 1,000m³ and 2,000³ an hour pumping requirement – where the costs can be similar for each system.

BWTs such as Wärtsilä’s Aquarius EC BWMS and the Balpure system from Severn Trent use electrochlorination systems. This gets around the largest part of the power issue. Rather than trying to treat entire ballast water flow, the idea is to divert a small stream to an electrolyser which generates sodium hypochlorite from the seawater before reintroducing it to the tanks.

Although these introductions are minimal they are concentrated. The treatment also leaves a small chlorine residue in the tank, which can be enough to resist regrowth in the ballast tank during the voyage. If managed properly, this stops the tank holding a nutrient-rich soup for any microbe that’s managed to get in there, keeping tanks clean and reducing risk of damage to ballast tank paint coatings and associated materials. And unlike with UV, only one treatment is needed.

But electrochlorination is not always a simple system. While the action of the weak bleach solution in the tanks should be brought to a standstill by the neutraliser, it’s a balancing act, and some sensitive areas or companies may have a policy of ‘no chemicals’ whatsoever.

It’s a consideration shipowners could do without, especially on retrofits where space is going to be at a premium. And it is one of many trade-offs that must be considered in choosing an appropriate ballast water treatment.