Expand
The Svalin oilfield is located on the Norwegian continental shelf, at a water depth of 125m.
The Svalin field will be produced as a subsea tie-back to the Grane production, drilling and quarters (PDQ) platform located in Block 25/11, Image courtesy of Helge Hansen / Statoil.
A subsea umbilical for the Svalin development will be designed and fabricated by Aker Solutions.
Svalin oil from the Grane platform will be transported to Sture Terminal for storage and shipment, Image courtesy of Øyvind Hagen / Statoil. 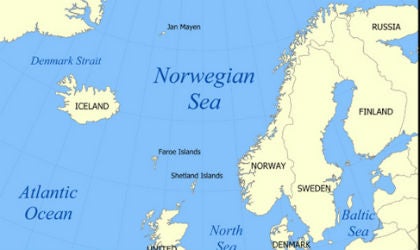 Svalin oilfield is located in Block 25/11 of production licence 169 in the Norwegian North Sea. The field is situated south-west of Grane and south of Balder fields, at a water depth of 125m, and comprised of two structures: Svalin C and Svalin M.

In November 2012, the Svalin project was approved for development and operation by the Norwegian Ministry of Petroleum and Energy (MPE). First oil from the development is anticipated in November 2013. The Svalin field development project represents an investment of about NOK4.5bn (approximately $798m).

Operatorship and licensees of the Svalin oil field

Production licence 169 is operated by Statoil Petroleum, a wholly-owned subsidiary of the Norwegian energy company Statoil. The company’s share in the project is 57%.

Petoro, a limited company wholly owned by the state of Norway, and ExxonMobil Exploration and Production Norway, an affiliate of ExxonMobil Corporation, are the non-operating partners in the Svalin license. Their working interests in the project are 30% and 13% respectively.

"Production licence 169 is operated by Statoil Petroleum, a wholly-owned subsidiary of the Norwegian energy company Statoil."

Svalin C discovery was revealed in 1992 through the exploratory oil well 25/11-16. The discovery well was spudded in June 1992 by Vildcat Explorer semi-submersible drilling facility. It had encountered 18.87m net pay of heavy oil in the Heimdal formation (1,767m to 1,872m depth). The well was suspended as an oil discovery after drilling to a total depth of 1,945m in July 1992.

Svalin M discovery was made in February 2008 by the exploratory oil well 25/11-25 S. The well was spudded in January 2008 by Transocean Winner semi-submersible drilling unit. It was drilled to a total depth of 2,142m and suspended as an oil discovery in February of the same year.

The plan for development and operation (PDO) of the Svalin oil field was submitted to the Norwegian Government in June and was approved by the concerned authority in November 2012. As per the plan, the project will follow a ‘fast-track’ method of development, which is based on application of standard solutions and utilisation of existing infrastructure.

Svalin will be developed as a subsea tie-back to the Statoil-operated Grane production, drilling and quarters (PDQ) platform located in Block 25/11 at a water depth of 127m. The Svalin M discovery will be produced by a multilateral well drilled from the PDQ unit. The inaugural oil from Svalin M is anticipated to be produced in the fourth quarter of 2013.

Svalin C is planned to be developed as a subsea well tied-in to the platform through a 6km long production flowline. It is expected to come on stream in June 2014.

Oil recovered from the Svalin field will first be sent to the host platform, where it will be blended with Grane’s own oil. From there, the blended oil will be transported further to the Sture Terminal located near Bergen in western Norway, through the 212km long Grane Oil Pipeline (GOP) for storage and shipment to the world market.

A subsea production system for the Svalin field development project will be provided by Aker Solutions under an engineering, procurement and construction (EPC) contract worth about NOK400m (approximately $71m). The contract was awarded in December 2011 and includes two subsea trees, a 4-slot integrated template structure (ITS) with manifolds, production control systems, wellhead systems and remote connection systems.

"A subsea production system for the Svalin field development project will be provided by Aker Solutions under an engineering, procurement and construction (EPC) contract worth about NOK400m (approximately $71m)."

In February 2012, Subsea 7 was awarded a subsea, umbilical, riser and flowline (SURF) contract worth approximately $80m for the development of Svalin C field. The contract comprises transportation and installation of the ITS, installation of the production flowline, and a pipe-in-pipe gas lift flowline from Svalin to the host platform.

The contract also includes procurement, transport and installation of a subsea control umbilical between the field and the platform, installation of manifold, spools, protection covers and tie-in.

The 6km long control umbilical will be designed and fabricated by Aker Solutions under a sub-contract from Subsea 7.

Prosafe’s semi-submersible accommodation vessel, Regalia will be deployed at Svalin for providing accommodation support during construction.