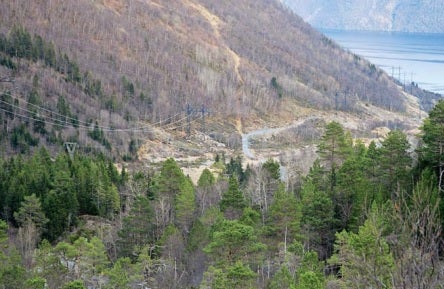 Nexans was at CIGRE in Paris, France, this August to introduce a range of innovations and current projects focusing on high-voltage cables, overhead lines and accessories.

Higher voltages and lower losses – these were just two of the topics that arose in lectures and discussions when Nexans showcased its innovations at CIGRE 2016 in August. Modern high-voltage cables and overhead lines not only have to offer outstanding current-carrying capacity, but they must also be easy to install, function reliably over the long term and be resistant to corrosion. Innovation in practice was therefore the dominant topic when Nexans presented sustainable solutions for electricity transportation on land, underwater and in the air in a series of lectures and customer events.

Among Nexans’ innovations in underground cables are the XLPE-insulated high voltage DC cables. In addition to the 320kV DC cable, which is already available on the market, a 525kV DC, XLPE based cable system has proven it’s feasibility for high-power HVDC links. Nexans demonstrated its performance with a full CIGRE TB496 type test with heating cycles at ±971kV and corresponding lightning and impulse voltages.

High performance – and therefore high voltages that offer the benefit of lower losses – are also required for submarine cables. This is because both the increased performance of offshore wind parks and the growth in the transmission network demand cables with higher power transmission capacity. A length record has been set by a 420kV submarine cable for alternating current (AC); this cable is currently being laid for the Kollsnes-Mongstad project. It will be connected to the grid in 2016 and will also be the deepest AC submarine cable in its voltage class. But it was not just outstanding products such as these that proved a hit – visitors were also impressed with recent qualification of a 600kV mass impregnation (MI) cable including a ‘quick joint’ designed to minimizes the assembly time significantly. This is particularly important for the land section of a MI cable link where the number of joints may be large. In showcasing the 525kV projects for the connections from Norway to Germany (NordLink) or UK (North Sea Link), Nexans offered an outlook of future offshore applications.

66kV cable for the energy turnaround

In offshore wind parks, 66kV AC cables determine what can reasonably be implemented today from a technical and economic perspective. As part of the Carbon Trust programme, 66kV submarine cables were developed for interlinking the wind turbines and connecting them to transformer stations. These cables will soon integrate the 8.5MW wind turbines of the Blyth offshore wind demonstration project.

No sooner have superconductor cables started to gain a foothold on the market than further innovations are on the horizon. Following the successful implementation of the world’s longest superconductor cable in the AmpaCity project (in the RWE grid in Essen since April 2014, 10kV cable over a distance of 1km) and the subsequent order for AMSC for 12kV in the US, developers are now looking at new ultra-high-voltage projects. With 400kV partial undergrounding cabling, these projects would eclipse the previous 138kV installations in in Long Island, US. In addition, the fact that the superconductor cables require significantly less space and can be installed with minimal right of way is of particular interest and increases acceptance of this technology considerably.

Strong in the city: cable for tunnel connections up to 500kV

With flame-retardant cables for up to 500kV, Nexans offers a safe cable solution for urban networks. In addition to the safety aspect, the mechanical strength is also important because, thanks to the relatively hard cover sheath, these cables can be easily incorporated in the tunnel tubes and connected.

In the world of underground cables, Nexans offers 380kV systems amongst others, which allow sections of extra-high voltage routes to be laid underground. Underground cables avoid the need for overhead lines in heavily populated regions, which helps to increase acceptance for grid expansion. Underground cables for 220kV and 150kV have, in turn, been specifically designed for regional grid expansion or the connections of offshore wind parks. For 150kV cables, Nexans recently developed a flexible dry type termination with supports. This product has three outstanding characteristics: easy and fast installation, improved safety in case of a breakdown and it is maintenance-free.

The easy installation is also a real boon for Nexans temporary site cables. These are used to maintain the electricity supply when overhead lines are being replaced or transformer substations are being modernized. A wide range of accessories designed to make assembly easier is available for the cables. This means that they can normally be assembled within a few hours and removed again just as quickly so that the affected grid sections can enter operation again after a brief shutdown.

With the new anti-explosion Nexans terminations for 245kV and 420kV, the focus is more on safety during the electricity supply: these have been designed in such a way that they will neither create a risk for personnel in the event of a fault, nor damage nearby equipment. They are fitted with devices which systematically release the pressure in case of breakdown. This prevents the termination from dislocation and prevents parts from flying around. Visitors to the Nexans customer event watched a video showing how these products work.

Overhead lines give rise to requirements that combine the interests of grid operators, society and conservationists: corrosion protection, high current-carrying capacity, low noise and minimal impact on the landscape. Operators can meet these requirements thanks to a special surface treatment: OHL Plus. The surface’s corrosion protection characteristics have already proven effective over four years of real-world use. An appropriate colour – for example, green in wooded areas – makes the line less conspicuous, while the smooth surface minimizes corona discharges and, in turn, noise. OHL Plus from Nexans also ensures more effective utilization of the line capacity because the line does not heat up as much in sunlight.