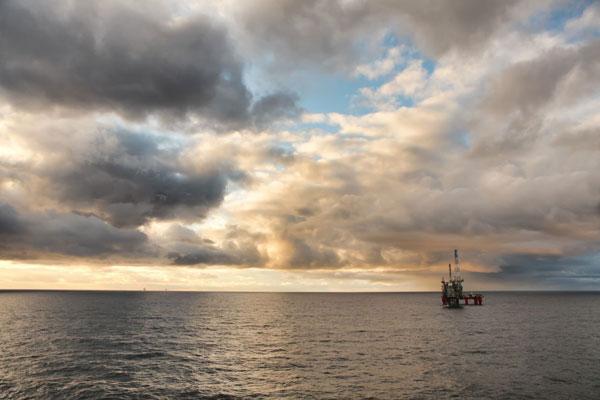 Kinnoull oil reservoir is located in the central North Sea region, UK, about 140 miles North East of Aberdeen. It is one of the three reservoirs developed in the 16/23s block under the Andrew area developments project.

The Andrew area, discovered by BP in 1974, lies at a depth of 7,972ft and includes three new reservoirs Kinnoull, Arundel and Kidd, which are being developed under the Andrew area developments project.

The Kinnoull field was discovered in 2008 and drilling began in October 2010. It has reserves of 45million barrels of oil equivalent and is expected to be developed with an investment of approximately £700m ($1.1bn).

"The Borgholm Dolphin flotel will be mobilised to the Andrew platform to provide additional beds for up to 180 people."

The Borgholm Dolphin flotel will be mobilised to the Andrew platform to provide additional beds for up to 180 people.

Production and reserves of Kinnoull field

Operations at the Andrew platform were halted completely in 2011 to facilitate the construction works of Kinnoull field. New process facilities being installed at the Andrew platform include subsea controls, a production pipeline with gas lift, and chemical injection facilities. Brownfield modifications were also made for accepting the oil from Kinnoull.

The Andrew platform is installed with a 750t process module in mid-October 2013 for processing oil and gas reserves from the Kinnoull and Andrew Lower Cretaceous reservoirs. The platform is approximately 18m long and 13m wide.

The module was bolted onto two large hooking decks using two hinge pins, and then tied back and held into position using steel framework.

The fabrication work of the process module was contracted to Heerema, who launched the work at its Hartlepool facility, UK, in 2011.

Subsea 7 was awarded the engineering and construction contract for the Andrew extension project. It includes the procurement, fabrication, installation and commissioning of a 28km pipeline bundle system and installation of an electro-hydraulic control umbilical. The contractual scope also includes tie-ins of the subsea towhead structures, field testing, and pre-commissioning.

Technip was awarded the contract for designing and fabricating a 215m static riser umbilical and a 29km static seabed umbilical for the project.

Other contractors involved in the project are Wood Group, who designed the process module, and JP Kenny, who performed the detailed engineering.

Columbus is a condensate-rich gas field located primarily in Block 23/16f, which covers an area of approximately 20 square miles (51.8km²) in the central North Sea, in a water depth of 85m.