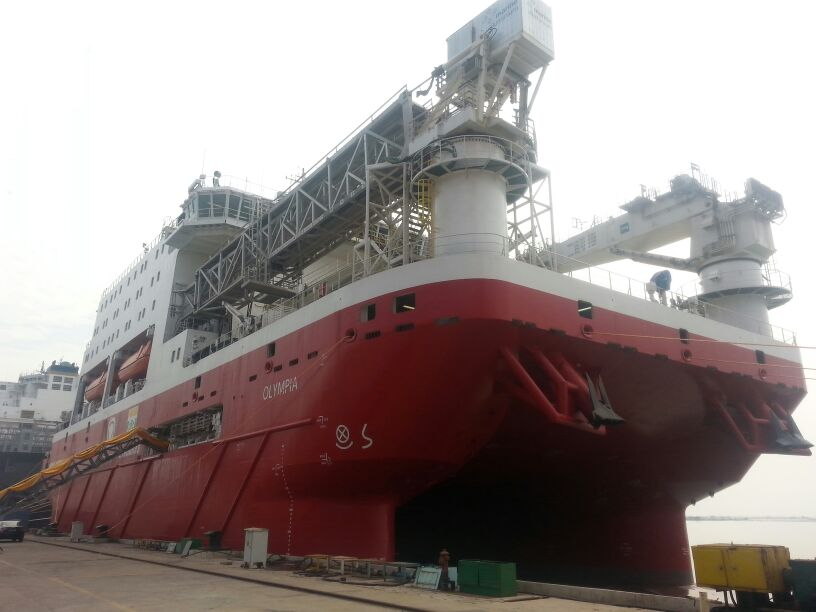 The compact semi-submersible vessel CSS Olympia, delivered by Marine Assets Corporation (MAC) earlier this year, has won the award for ‘Offshore Support Vessel of the Year’ at the 2014 OSJ Awards held at the Lancaster Hotel in London.

The CSS Olympia is a DP3 84m compact semi-submersible 430-man flotel. The vessel was designed by STX Marine Vancouver and built by Fujian Mawei Shipbuilding in south-east China. It represents the first in a series of seven units due for delivery over the next two years.

Having been delivered on 20 January, the CSS Olympia is currently enroute to Brazil. Her new owners Gran Energy of Brazil anticipate her arrival in early April to immediately start a long-term charter with Petrobras.

The vessel’s seven-year development from concept through to the latter stages of the three year construction cycle has been a true labour of love for several of the key personnel involved, and none more so than MAC CEO Robin Reeves. Upon receiving the award on behalf of all those involved, Reeves expressed his thanks to all those who believed in the project and stated that the vessel design would be a real game changer in future offshore operations, providing a cost-effective solution for offshore accommodation. Variants of the hull base are available to capitalise on other areas of the offshore world.

Marine Assets Corporation (MAC) is please to announce the delivery of a specially designed anchor...