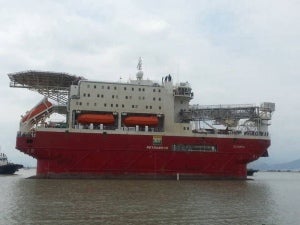 New build vessel delivery expert Marine Assets Corporation (MAC) is pleased to announce that CSS Olympia has been shortlisted by the Annual Offshore Support Journal Conference Advisory Panel for the Support Vessel of the Year Award.

This prestigious award goes to the owner, designer and builder of an offshore support vessel delivered in the past calendar year which is considered to have set an industry benchmark through innovative design and efficient operation.

As such, developer MAC, designer STX Europe, shipyard Fujian Mawei Shipbuilding and the new owner Gran Energy of Brazil are all delighted to have been shortlisted for this prestigious award.

The final shortlist of four for each of the Offshore Support Journal Awards 2014 can be viewed here. Voting can be done via the links on the awards page.

The winners will be announced at the 2014 OSJ Gala Award on 19 February in London. Votes can be submitted till 14 February.