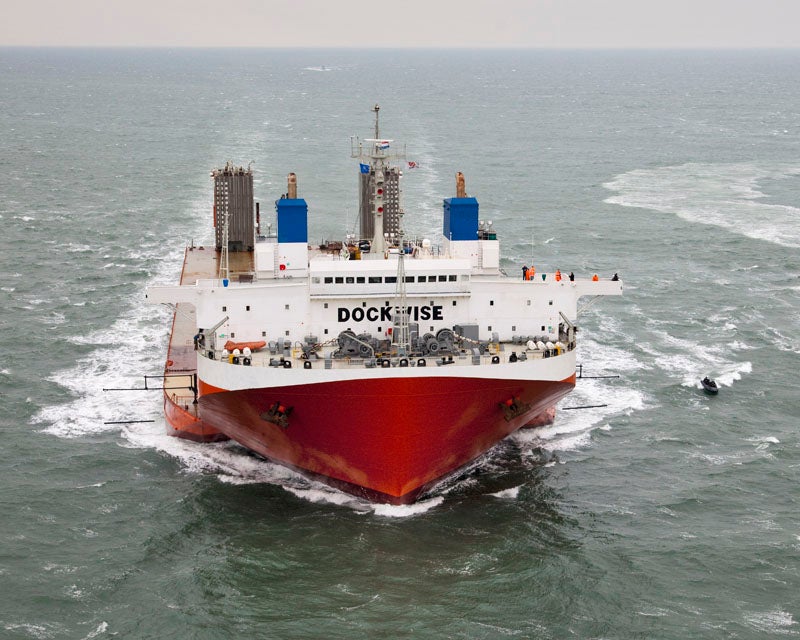 The anti-boarding system P-trap will be displayed to the public at the maritime Europort tradeshow, held in Rotterdam in the Netherlands from November 5 to 8. Tradeshow visitors can view a scale model of the P-trap, a video with action shots, and learn about product test results from Dutch marine safety specialist Westmark at booth 5401 in hall 5. Insurance companies have been open to reducing insurance premiums for vessels equipped with P-Trap as a first line of defense against piracy threats.

P-Trap enables captains to keep their maximum speed, not losing 25% of their speed as a result of heavy maneuvering to keep attackers away from the vulnerable spots on the side of a vessel. Due to the P-Trap’s creation of a security zone, the threat of pirate vessels approaching the side of a ship is automatically mitigated. The captain will not have to focus on immediately changing the ship’s course, but on efforts of getting the crew to mustering stations to prepare to evacuate into the Citadel.

P-trap consists of a set of long, thin lines that can be deployed overboard to act as a barrier to prevent unidentified vessels from approaching too close. The lines are carried on side booms that can extend up to 10m from the ship’s bow on both sides, just below the water’s surface. The spreading of lines as a safety zone keeps approaching vessels at a distance by jamming the propellers of boats that threaten the ship.

The weak link in the P-Trap lines will ensure that the system behaves in a non-lethal manner. When another vessel comes too close to be comfortable, the external vessel sails into the line spread. The engine’s propeller will get trapped, a weak link will activate, and the vessel is released, including the P-Trap line.

The P-Trap system comes in two versions, applicable for almost all ship designs. The swivel boom, the most commonly applied mechanism, allows for speedy fastening at sea when not in use. It is easily deployed by the crew prior to entering high-risk areas.

The swivel boom can be stored in the same way as storing a gangway, and can be delivered in modules that allow some vessels to store the main components within storage lockers. The P-Trap foundation is bolted to a base plate, which is welded to the deck. The bracket-mounted swivel boom can be welded to a vessel support or upper level infrastructure, depending on the vessel design.

The sliding boom version of P-Trap is designed for vessels with a forward bulkhead which allows welded installation and operation with minimum deck space required, such as heavy cargo and lifting vessels. The entire outboard boom can be pulled back inboard along the bulkhead.

P-Trap has been shortlisted for the Lloyd’s List Awards, Global 2011 and was also named winner in the security category at the 5th annual Safety at Sea International Awards held in 2011 by IHS Fairplay.

How to Improve your Bottom Line

Cablesafe contributes to a safe workplace. It is easy to suspend cables, wires and hoses...

With slips, trips and falls accounting for the majority of accidents in the industry, Cablesafe...